Steve Scully is an American Broadcast journalist who is a senior executive producer and political editor for the C-SPAN television network. Scully is one of the hosts for its morning call-in show, Washington Journal, and also The Weekly, C-SPAN’s podcast.

Scully attended American University in Washington, D.C. where he received a 1982 undergraduate degree with honors in communication and political science, during which he completed a 1980–81 study abroad program at the University of Copenhagen. He served as a mailroom intern for Sen. Joe Biden from September to October 1978 and in Sen. Ted Kennedy’s media affairs office in early 1979, for college credits.

Steve started his journalism career in 1981-82 working as a weekend newscaster on WAMU, the American University-based radio station. Following his undergraduate degree, Scully worked as an anchor and reporter for Erie’s WSEE-TV in 1982 and 1983.  After completing his graduate studies in 1984, he returned to WSEE.

Scully joined WHEC-TV in Rochester, New York, in 1986 as a correspondent covering business, politics, and local government, after a stint as a Washington, D.C.-based correspondent for WHBF-TV in Rock Island, Illinois. Additionally, he taught courses on media and politics as an adjunct faculty member at St. John Fisher College and Nazareth College. 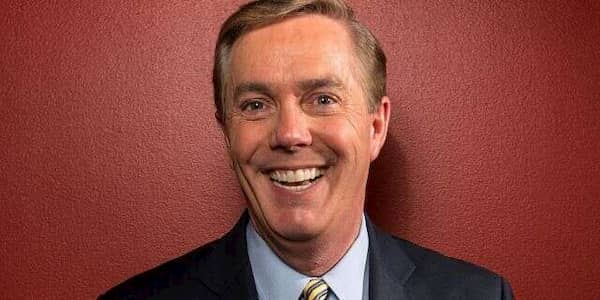 In 1990, Scully joined C-SPAN as a political editor and White House producer. He has been responsible for coordinating campaign programming for C-SPAN, C-SPAN.org, and C-SPAN Radio since 1991. As senior producer for the network’s White House coverage, he manages a team of field producers responsible for coverage of the White House, politics, and special projects.

On October 15, 2020, Scully was to moderate the second presidential debate. However, it was canceled after Trump rejected the idea of the candidates appearing virtually in the wake of his coronavirus diagnosis.

Scully is 60 years old as of 2020. He was born as Steven L. Scully on September 17, 1960, in Erie, Pennsylvania, United States. He celebrates his birthday on the 17th of September every year.

Scully is the son of Hubert L. Scully and Elizabeth Jane “Betty” North Scully. He was the 14th of 16 children, including five sets of twins.

Scully is married to Kathryn R. “Katie” Scully and the couple is blessed with four children. Their daughter, Mary Cate, a 2017 graduate of the United States Naval Academy, is a lieutenant in the United States Navy. In 2008 he adopted Daniel, Cristen, and Natalie Cathleen. Cristen attends Penn State University. Daniel attended Paul VI Catholic High School and is now studying at James Madison University. Two of their children died in childhood, Carolyn in 1994 of sudden infant death syndrome (SIDS) and Jack in 1996. Scully and his wife reside in Fairfax Station, Virginia.

Scully works on the board of both the CJ Foundation for SIDS, which raises funds for sudden infant death syndrome research, St. Jude’s Children Hospital, and First Candle, which aims to increases public awareness of SIDS.

Scully has an estimated net worth of $3 Million which he has earned from his career as a Broadcast journalist.

Scully is a Democrat. In May 2011, Scully said in an interview, (My mom was a Democrat and my dad was a Republican.”