Syleste Rodriguez is an American Anchor, Reporter, and Host currently working at FOX 10 Phoenix since joining the station in January 2013.

Throughout her career, Rodriguez has been recognized with many awards. In 2012, she won an Emmy Award for the Morning Show Newscast and in 2010 she was Nominated for her story in a series on Drought in Arizona. Additionally, Rodriguez was awarded by the Autism Society of America for Best Broadcast Story.

While Rodriguez was a student at won Arizona State University, she won a Hearst Collegiate Pulitzer for her work on Sheriff Arpaio, Polygamy, and a story on an Ecstasy Ring. She is as well deeply connected to the Hispanic community in the Valley, emceeing dozens of events and also graduating from Valle del Sol’s Hispanic Leadership Institute in 2008.

Syleste has worked in Boise, Idaho, and also in Flagstaff, Arizona, and interned at multiple stations in Phoenix while attending Arizona State University.

During her free time, her days are busy with her three young children and her supportive husband, she as well volunteers at her church as well as at Newswatch, the student-run newscast at her Alma Mater the Walter Cronkite School of Journalism at Arizona State University. 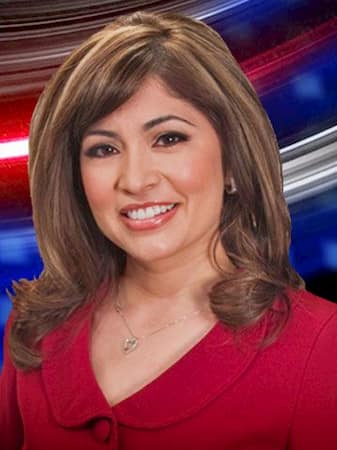 Rodriguez’s height is not yet disclosed.

She is originally from Tempe, Arizona, and her family is one of the first five families of Tempe and is listed in the Tempe Historical Museum.

Rodriguez is married to Gary Knudson and the couple is blessed with three children.

Rodriguez has an estimated net worth of between $1 Million-$5 Million which she has earned through her career as a reporter/ anchor.

Information about how much Rodriguez receives is currently under review.