Victoria Fuller is a 26-year-old American medical sales rep and Tv personality who is best known for being a contestant on the 24th season of The Bachelor.

Victoria Fuller is a 26-year-old American medical sales rep and Tv personality who is best known for being a contestant on the 24th season of The Bachelor.

Fuller graduated from Old Dominion University in Norfolk, Virginia, with a degree in Economics in 2015. She says in her Instagram bio that she is working to obtain an M.A in Economics.

She has lived in Virginia Beach her entire life and is very tied to her local community. Fuller works part-time at a yoga studio, but her true passion is her career in medical sales.

After a terrible breakup, she hit the gym hard. Fuller calls her new look her revenge body, and she even spiced things up by purchasing a pair of revenge boobs, which she LOVES! 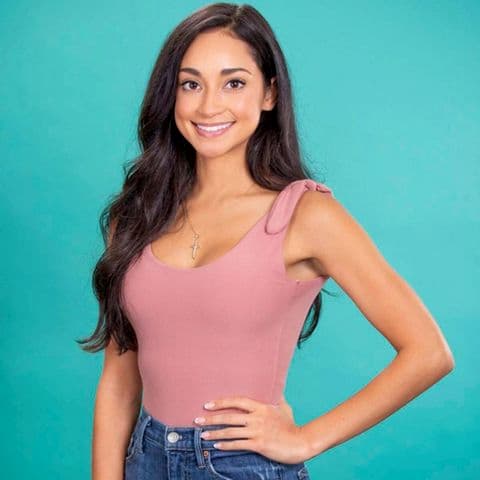 Fuller has not yet revealed any information about her parents or siblings.  According to her ABC Bio, The most important woman in her life is her dear grandmother.

Fuller was in a relationship with her ex-boyfriend musician Chase price. He appeared on an episode of The Bachelor in which Victoria was on a one-on-one date with Peter Weber.

She is looking for a guy that can make her laugh and melt her heart. Victoria wants a man who can love her through the good, the bad, and the ugly. She also wants a man who can not only give her unconditional love but can also give that love to her dog, Buxton, because they are a package deal.

Fuller’s net worth is currently under review. However, the information will be updated soon.

Fuller is one of the contestants on The Bachelor season 24 which stars Peter Weber an American commercial pilot who is best known for placing third on season 15 of The Bachelorette. She is one of 30 ladies who are competing to win his heart.

Fuller is one of the six contestants left including; Hannah Ann, Kelley Flanagan, Kelsey Weier, Natasha Parker, and Madison Prewett. The show airs Mondays at 8 p.m. on ABC.