He studied at Susan E. Wagner High School. Vinny then attended SUNY New Paltz and graduated from the College of Staten Island with a 3.9 GPA and was a political aide for a New York State Assemblyman.

Vinny has dedicated his extra time to taking acting classes, after the success of Jersey Shore. A self-described “natural entertainer”, his interest in acting is focused on comedy.

Vinny guest-starred on MTV’s scripted comedy series The Hard Times of RJ Berger as RJ’s cousin. He In the November 8, 2011 episode of 90210, Vinny played a small role that he reprised in the episode titled “O Holly Night”. He has expressed interest in continuing to appear on 90210 in a recurring role. Vinny also appeared in the Syfy original movie Jersey Shore Shark Attack.

Vinny ‘s own talk show, The Show with Vinny, was produced by MTV and it debuted in May 2013. The show features celebrities coming over to Vinny ‘s home to talk and have dinner with the rest of his family. Vinny and his mother later stared on their show Vinny & Ma Eat America on The Cooking Channel. 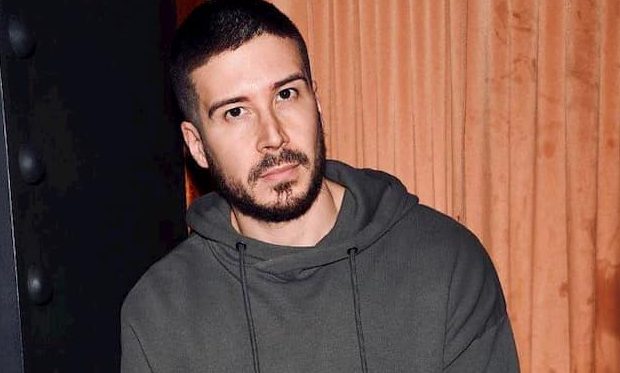 In 2018, Vinny reunited with most of his original Jersey Shore castmates for a reboot of the series titled Jersey Shore: Family Vacation. The first and second seasons aired in 2018, and a third season is set to air in 2019.

Starting in April 2019, Vinny has been starring alongside DJ Pauly D in a reboot of A Double Shot at Love on MTV.

On April 26, 2019, Vinny started a month-long residency performing as a guest host in Chippendales at the Rio Hotel & Casino in Las Vegas.

Guadagnino is 32 years old as of 2019. He was born on November 11, 1987, in Staten Island, New York, United States. He celebrates his birthday on 11th November every year.

Vinny was born and raised in Staten Island, New York. He comes from a traditional Italian-American family, where his mother was born in Sicily, Italy, and his family’s farm is visited during an episode in Jersey Shore’s fourth season. His mother and father are separated, thou they all get along. Vinny grew up pretty much with my mom and my sisters.

Guadagnino is dating Alysse Joyner whom he met on Double Shot at Love With DJ Pauly D and Vinny, but their relationship fizzled off camera after he selected her as the winner.

He previously dated model Elicea Shyann. The two dated throughout the filming of Jersey Shore: Family Vacation, but Vinny announced they had split in April 2018.

Vinny is a supporter of gay rights, and has been a presenter at the GLAAD Awards and participated in the NOH8 Campaign.

Guadagnino has an estimated net worth of $3 Million as of 2020.

The podcast is about Vinny alongside his crazy friends and family members, celebrity guests, and all kinds of cool people from all walks of life “get into” everything: pop culture, comedy, politics, food, sports, self-help, dating, and relationships! It’s the jack of all trades, master of none weekly podcast! Brace yourself for the silliness and “Get Into It With Vinny G!”

In 2011, Vinny launched a clothing brand called IHAV (for “I Have a Vision”) with the message Fuck Bullies. The money they get is donated to the charity Do Something for grants for anti-bullying projects and programs. Vinny also supports the animal rescue organization Much Love, for whom he participated in a charity auction.

In December 2011, a song posted on his YouTube account contained lyrics that drew criticism from advocacy groups. The Rape, Abuse & Incest National Network (RAINN) publicly addressed the issue saying, “The lyrics in Vinny’s new rap song that glorify rape are ignorant. Trivializing this violent crime sends a dangerous message to the public.”

Vinny quickly pulled the video from his YouTube account and issued an apology. He wrote, “I’d like to apologize for the rap. It was meant to be a funny take on an already ‘dirty’ song – funny since I’m known as the ‘good boy’.”

“I am 100 percent against violence of any kind and I work with many organizations to stop violence and bullying, and will continue to. It’s something I strongly believe in. Very sorry to anyone I’ve offended.”

In February 2014, Vinny denounced Nicki Minaj as being a “bitch”, recalling an incident where he tried to take a picture with Minaj.