Woody and Amani are one of the five couples featuring on Season 11 of Lifetime’s hit experimental reality series Married at First Sight which premiered on July 15, 2020. Woody is currently a teacher and coach while Amani works in the non-profit sector and aspires to open a non-profit organization working with youth.

Woody is 30 years old as of 2020. He was born in 1990 in New Orleans, Louisiana, United States. It is however not known when he celebrates his birthday.

Amani is 29 years old as of 2020. She was born in North California and raised in Chicago, Illinois, United States. It is however not known when she celebrates her birthday.

Woody grew up with his mother whom he is very close to. His mother is the one who taught him the value of love, kindness, and compassion. While growing up, his father was in prison, so the bond he has with his mother is very important to him.

Amani has not yet disclosed any information about her parents or siblings. 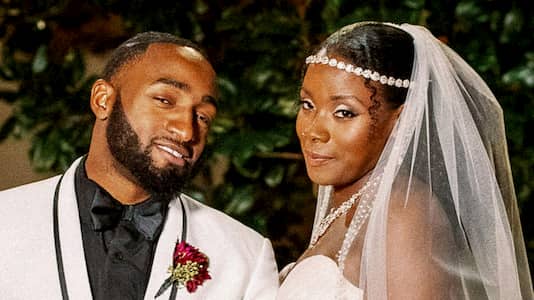 Woody is ready to find a partner with whom he can share all his love and kindness as he knows who he is and what he has to offer to his future wife. He’s eager for the experts to help him find that special someone at MAFS.

Amani has not disclosed any information about her previous relationship. She is serious about finding a life partner to share career ambitions with, explore the world, and ultimately start a family.

Woody and Amani Net Worth

Woody & Amani’s net worth is currently under review and the information will be updated as soon as it’s available.

Woody & Amani are one of the five couples featured on the 11th Season of Married at First Sight which premiered on Wednesday, July 15 at 8 p.m. ET/7 p.m. CT on Lifetime. The season takes place in New Orleans where the five new couples will take a leap of faith when they walk down the aisle to marry a complete stranger.

You are cordially invited to 3 different weddings tonight at 8/7c. 💍 Wow, you're so popular. 😂 #MarriedAtFirstSight