YG is an American rapper and actor from Compton, California who is best known for single, “Toot It and Boot It” featuring Ty Dolla Sign. The song was released in 2009 and it peaked at number 67 on the Billboard Hot 100.

The single’s success resulted to the rapper signing to Def Jam Recordings. In 2010, YG released mixtapes such as The Real 4Fingaz, Just Re’d Up, 4 Hunnid Degreez, Just Re’d Up 2, and many others.

In June 2013, he signed a deal to Young Jeezy’s imprint CTE World. His that year single, “My Nigga” featuring Jeezy and Rich Homie Quan, peaked at number 19 on the US Billboard Hot 100. YG then released the singles “Left, Right” and “Who Do You Love?” featuring Drake, leading up to the release of his debut studio album.

On August 3, 2018, YG released his third studio album, Stay Dangerous, to generally positive reviews. The album included the single, “Big Bank”, his highest-charting single, peaking at number 16 on the US Billboard Hot 100 chart. On May 24, 2019, his fourth studio album, 4Real 4Real, was released. 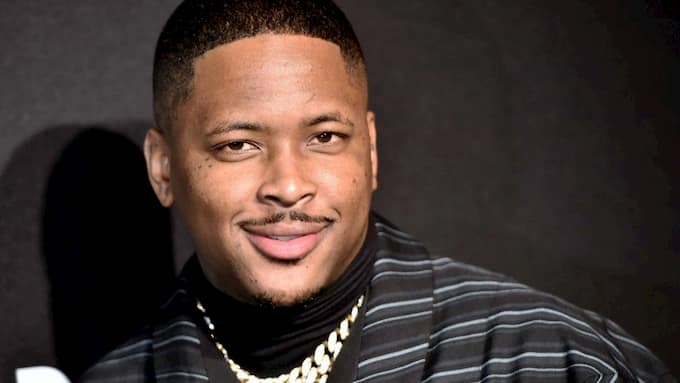 YG was born in Compton, California. His name YG stands for “Young Gangster.” He joined the Bloods gang in 2006 at age 16. YG’s father served time in jail for tax fraud.

On September 6, 2019, it was confirmed that YG and singer Kehlani were dating, but the relationship ended sometime after he was caught cheating.

He has an estimated net worth of $6 million which he has earned through his successful career as a rapper and actor.

He followed a vegan diet for about three months in 2016, citing health reasons.

On January 1, 2020, he apologized for having made homophobic comments in the past.

On January 25, 2012, during the filming of YG’s music video, “I’m a Thug” shots were fired and the police shut down and closed the set.

On June 12, 2015, he was shot one time that created three separate wounds in the hip at a recording studio in Studio City, California. Authorities said that he was “very uncooperative” when asked about the incident. His manager later revealed that his injuries were not life-threatening and said he was “fine” and recovering. YG returned to the studio the next day.

YG had been scheduled to perform at the Grammy Awards on January 26, 2020.

YG Arrested on Robbery Charges Ahead of Grammy Performance

The Compton rapper is reportedly being tied to “an ongoing investigation.” As of press time, the 29-year-old is being processed and held inside LA’s Men’s Central Jail with bail set at $250,000. He is scheduled to be arraigned in Compton Court on Tuesday.

His lawyer, Joe Tacopina, denied all accusations associated with the charges for his client. “This arrest is one that caught YG completely off guard because there is no truth to them,” he told TMZ. “YG has no idea what investigators are talking about and we have not been provided with any details. We are learning about this case through the media. Rest assured, my client will be cleared of all charges if they even survive past the arraignment.”

The 4Hunnid boss was slated to perform as part of the Nipsey Hussle tribute honoring his late friend at the Grammy Awards on Sunday. If he’s alotted bail, YG should still be able to make it to the Staples Center on time. The performance will also include appearances from DJ Khaled, Roddy Ricch, Meek Mill, John Legend and more.

“Funny how @YG gets arrested the weekend of the Grammy’s when he’s supposed to hit the stage in Nip’s honor. #LAPDtheBiggestGangHere,” The Game added on Twitter after learning of YG’s arrest.

Billboard has reached out to YG’s reps for comment.

Funny how @YG gets arrested the weekend of the Grammy’s when he’s supposed to hit the stage in Nip’s honor. #LAPDtheBiggestGangHere