Zac Clark is a 36-year-old Addiction Specialist from Haddonfield, NJ who is one of the 31 contestants on the 16th season of The Bachelorette which stars Tayshia Adams.

Clark played baseball in college and initially intended to pursue a career in sports. According to his official ABC bio, Zac loves Philadelphia sports and dreams of sharing a Philly Cheesesteak with his future wife while watching the Eagles win a Super Bowl. Above all, he knows that life is short and he plans to make the most of it, no matter what obstacles are thrown his way.

After putting his party days behind him and becoming sober himself, Clark started a recovery program focused on helping reintegrate people back into the world after rehab, which has become his life’s purpose. He has never been in a better place, and now, he wants to continue building his amazing life.

Zac says he is a sucker for good style and loves a woman with curves. Toughness and confidence are incredibly sexy to him, and finding a woman whose entire life isn’t wrapped up in their relationship is key.

Zac is a 36-year-old from Haddonfield, New Jersey, United States. It is however not known when he celebrates his birthday.

Zac stands at a height of 5 feet 11 inches tall and weighs about 82 kgs. 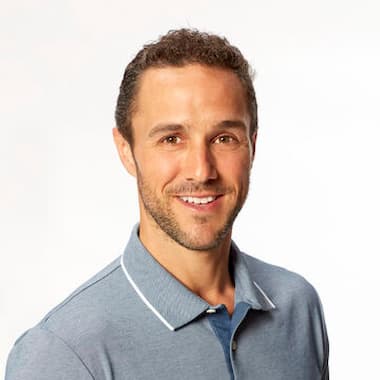 Clark has managed to keep his personal life away from the limelight hence he has not disclosed any information about his parents. It is also not known if Clark has any siblings.

Clark was once married but got divorced. He is very private about his personal life hence he has revealed any details about his past relationship.