Adam Klotz is an American meteorologist currently working as a meteorologist for FOX News Channel and FOX Business Network. He joined the network in January 2017 and is based in New York City.

He reports on the latest weather news across the country. In March 2017, Klotz provided coverage of winter storm Stella live from New York City.

Before joining FNC, he served as a weekend meteorologist and multimedia journalist for Fox 5 (WAGA-TV) in Atlanta, Georgia.

Klotz studied and graduated from Warsaw Community High School. He then joined Ball State University where he graduated with a B.A. in broadcast journalism. He interned at  CMT (Country Music Television) and graduated in 2008. 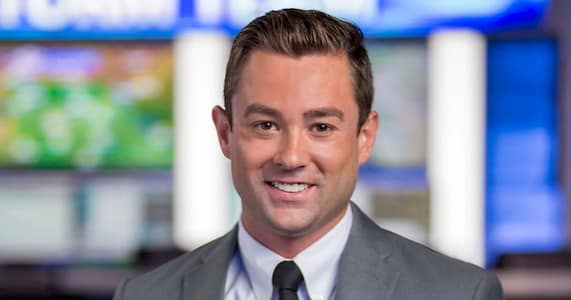 Klotz stands at a height of 5 feet 9 inches tall and weighs about 174 lbs.

Klotz is the son of Terri Leiter Klotz (mother). He has however not revealed any information about his father. He has a brother named Travis Riley Klotz who is married to Megan Redman Klotz and they are blessed with a daughter.

Klotz is in a relationship with a lady named Bianca whom he is often seen posting on his Instagram account.

Happy birthday, @biancamrobles. I love you.

Klotz has an estimated net worth of between $1 Million-$5 Million which he has earned through his career as a meteorologist.

Information about how much Klotz receives is currently under review and will be updated as soon as the information is available.