Amanda Starrantino is an American journalist working for KPIX5 serving as an anchor. She has been with the station since October 2021.

Starrantino co-anchors CBS Bay Area’s morning and noon newscasts. She had also worked for other stations prior to joining KPIX5. For instance, she previously worked for WRTV in Indianapolis, Indiana where she was an anchor for the evening news.

Prior to her working in the Midwest, she worked for KSBY News in San Luis Obispo where she served as a reporter, weather forecaster, and anchor. She also spent some time working for WBND in South Bend, Indiana where she served as a multi-media journalist. Starrantino attained her Bachelor of Arts degree in Television & Broadcast Journalism from Chapman’s Dodge College of Film and Media Arts.

Starrantino enjoys spending her time with her family and friends whenever she is not working. Additionally, she finds pleasure in the outdoors activities and is also very much active on her social media platforms including Facebook, Twitter, and Instagram. She had always wanted to be a journalist and being able to share her stories is nothing but a dream come true. She also has a soft spot for animals and loves dogs and is always on the lookout to help one.

Starrantino is currently working at KPIX 5 where she works alongside other famous KPIX 5 anchors and reporters including;

Starrantino likes to keep her personal life private hence has not yet disclosed the year and month she was born. It is therefore not known when she celebrates her birthday. However, she might be in her 30s. 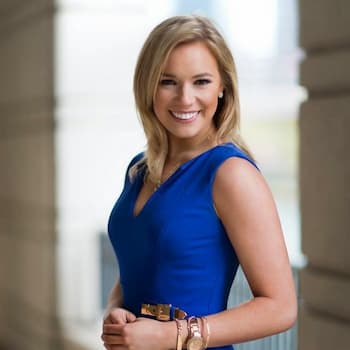 Starrantino stands at a height of 5 feet 6 inches tall.

Starrantino was born to Maurice(father) and Karen (mother). She was raised alongside her brother Adrian.

Starrantino is very private about her personal life therefore it is not known if she is in any relationship. There are also no rumors of her being in any past relationship with anyone.

Starrantino has an estimated net worth ranging between $1 Million – $5 Million which she has earned through being a journalist.