Ana Belaval is an American comedian and reporter who is currently working at WGN since she joined the station in June 2005. She reports on the WGN Morning News, covering the “Around Town.”

She is a substitute anchor for CLTV News and WGN Morning News. Belaval also contributes to the community affairs show ‘Adelante Chicago!”

Belaval attended American University in Washington D.C.  where she received a Bachelor of Arts degree in Journalism.

Before joining WGN, she spent nine years at Univision, starting as a general assignment reporter in the Chicago affiliate WGBO and working her way up to network correspondent for Univision’s national morning show based in New York.

While at Univision, she was nominated for an Emmy for her reporting series “Ana Lo Hace,” in which she performed various jobs held by Hispanics in Chicago. She is a three-time Emmy winner and four-time Emmy nominee.

In 2001, she was selected as “A Woman to Watch” by Today’s Chicago Woman for her accomplishments in the media industry. She is involved with the Susan G. Komen Breast Cancer Foundation’s Dancing with Chicago Celebrities which was created by Arthur Murray Dance Studios. 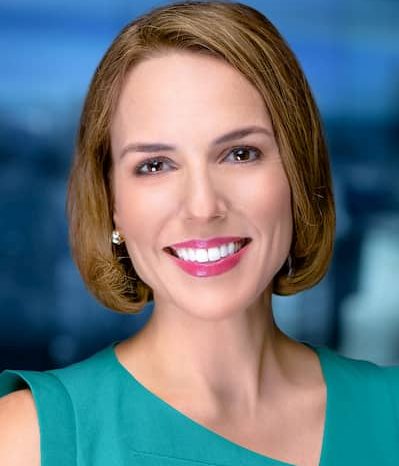 She shows her comedic side when performing her stand-up routines at various spots around the city including Zanies Comedy Club and Mikey O Comedy Productions.

Belaval was born and raised in San Juan, Puerto Rico, and is very proud of her Puerto Rican heritage. She now lives in Chicago with her husband and 2 children. She enjoys spending time with her family and frequent Skype sessions with her parents in Puerto Rico.

Belaval is married to Steve and the couple is blessed with two daughters, Amelia, son Alexander. She lives in Chicago with her husband and 2 children and enjoys spending time with them.

Belaval has an estimated net worth of $100,000 which she has earned as an anchor and comedian.

Information about how much Belaval receives is currently under review and will be updated as soon as the information is available.

The football Mylar balloon has been around since March 22. Anyone have any idea how much longer it will live? If we weren’t in quarantine, it would’ve “deflated” with my help a while ago but I feel bad for the boy. 🥺 Any guesses? #balloons #globos #mylarballoons