Pat Tomasulo is an American sports anchor and reporter on the WGN Morning News. He has been working at WGN-TV since joining in June 2005.He attended the College of New Jersey and received a Bachelor of Arts degree in Communications.

Before coming to WGN, He was sports reporter and anchor at WKBW-TV in Buffalo, New York. Before he spent three years as sports director, weekend sports anchor and reporter at WJFW-TV in Rhinelander, WI.

He was voted one of the top five broadcasters chosen to sit alongside Kelly Ripa as co-host to “Live! with Regis & Kelly” as part of a nationwide promotion in August of 2009. Tamasulo was as well one of the hosts of “Shaq Vs,” a nationally televised reality show featuring basketball superstar Shaquille O’Neal.

Tomasulo is originally from New Jersey, He likes to keep his personal life private hence has not yet disclosed the year and month he was born. It is therefore not known when he celebrates his birthday.

Tomasulo is married to Amy Tomasulo. He met his wife while she was suffering from a rare form of Trigeminal Neuralgia, facial pain condition. she told him the first day they met about the pain she goes through every day. They dated for some years before getting married in October 2010. 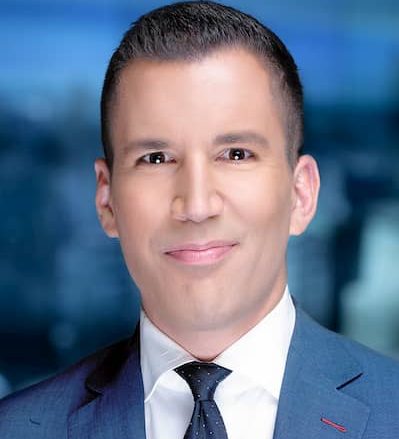 Tomasulo’s net worth is currently under review. However, the information will be updated soon.

Information about how much Tomasulo receives is currently under review and will be updated as soon as the information is available.