Christian Serratos is an American actress who is best known for playing Selena in Selena: The Series, a Netflix series that premiered on December 4, 2020. She is also known for playing Rosita Espinosa in AMC’s The Walking Dead TV series, based on the comic book of the same name.

Her role as Angela Weber in Twilight won her the “Young Supporting Actress” award in the Best Performance in a Feature Film category at the 30th Young Artist Awards. She reprised the role in Twilight’s sequels The Twilight Saga: Eclipse and The Twilight Saga: New Moon. In 2011, Serratos appeared in The Black Keys video for their song “Howlin’ for You.”

For her character Rosita, Serratos was upped to series regular in the fifth season and was added to the series’ main credits in the seventh season.

Christian is 30 years old as of 2020. She was born as Christian Marie Serratos on September 21, 1990, in Pasadena, California, United States. She celebrates her birthday on the 21st of September every year. 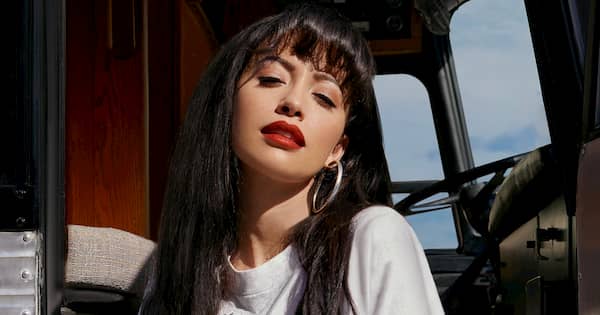 Serratos was born in Pasadena, California, and raised in Burbank, California by her parents a Mexican descent mother and an Italian descent father. Her mother is a jewelry designer, and public relations and marketing agent at ACSPR, and her father is a set construction worker.

Serratos started figure skating when she was 3 and continued competitively, saying, “My coaches were talking about the Olympics and it was really crazy. Now, I just do it for fun.” At the age of 7, Serratos signed with the Ford Modeling Agency.

Serratos is in a relationship with her longtime boyfriend, New Politics singer David Boyd. In March 2017, she revealed that she was expecting her first child with him. Serratos revealed a picture of her daughter on Instagram on May 14, 2017. The two have however not disclosed when they are planning to get married.

Serratos has an estimated net worth of $2 million which she has earned through her career as an actress.

Serratos is one of the main cast on Selena: The Series an American biographical drama.  It tells the story of Tejano singer Selena who rises to fame as she and her family make sacrifices in order to achieve their lifelong dreams. The series was released on Netflix on December 4, 2020.