Dan Guthrie is an American meteorologist currently working at KSL 5 TV in Salt Lake City. He joined the station in 2013. Guthrie is the meteorologist for the afternoon and evening newscasts on weekends but is regularly seen filling in on KSLAM as well as KSL News at 5, 6, 6:30, and 10 on weeknights.

Guthrie attended Valparaiso University where he graduated with a degree in meteorology, while also majoring in Communications, specifically TV/Radio. He is a member of the American Meteorological Society and has been awarded the Certified Broadcast Meteorologist Seal, which is the highest honor a meteorologist can attain in the industry.

Before joining KSL in 2013, his career in broadcasting started in 2010, where he worked not only as a meteorologist but also as a multimedia journalist at WIFR in Rockford, IL.

In 2012, he ventured across the Illinois border to work as a meteorologist for WMTV in Madison, WI. The stiff part of his gig in Madison was enthusiastically reading Green Bay Packers highlights during the morning show as a diehard Chicago Bears fan.

When he is not on air, Dan can be found in one of the hundreds of elementary schools across Utah educating fourth graders on Utah’s weather as part of KSL’s Junior Weather consultant Program. He takes a strong stance on the importance of education and visits as many schools as his schedule can allow, which is usually just under 100 per school year. 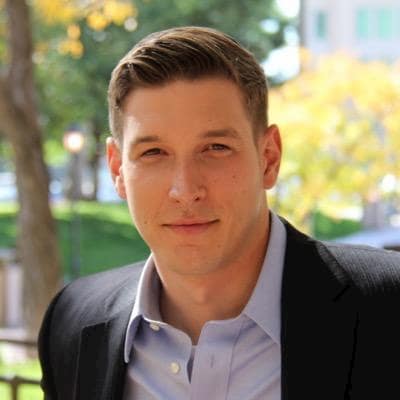 If you would like him to come speak with your 4th grader, encourage their teacher to contact him at dguthrie@ksl.com, or fill out the submission form for the JWS program on the KSL Weather page. He also loves giving back to the community and can be found taking part in a variety of charity events.

Outside of work, he is likely reading, traveling, playing golf, exercising, exploring Utah’s mountains, watching sports or at the movie theater catching the latest new releases. Growing up outside of Chicago, Illinois has made Dan a diehard Bears, Blackhawks, Cubs, and Notre Dame football fan.

In high school, Dan was in the musical productions of The Sound of Music and Bye Bye Birdie, and also a number of other productions. Dan has recently acted in a large production filmed here in Utah, but can’t say much about it until it is released. One little known fact about him is that he has a professionally trained singing voice but recently reserves his talent for the shower.

Guthrie is 33 years old as of 2020. He celebrates his birthday on January 22 every year. On January 22, 2020, he posted on his Instagram about his birthday saying he is turning 33.

Caitlin and I are celebrating our birthdays (I’m 33 on Thursday, she’s 29 on Sunday) in San Diego! I wouldn’t say I’m missing the storms in Utah. #sandiego #beach #birthday #relaxing

Guthrie’s height is not yet disclosed.

Guthrie is a married man but has not disclosed the name of his wife. It is also not known whether the couple has any children.

Information about how much Guthrie receives is currently under review and will be updated as soon as the information is available.

Guthrie has an estimated net worth of between $1 Million – $5 Million which he has earned through his career as a meteorologist.