Erin Hassanzadeh is an American Emmy award-winning reporter for WCCO in Minneapolis who loves covering big international stories as well as what’s happening down the street. Hassanzadeh previously worked in South Korea and Omaha.

Hassanzadeh attended Jefferson High School. She then went to Drake University in Des Moines where she received dual degrees in sociology and broadcast news with high honors.

Hassanzadeh spent two years in Seoul, South Korea on a Fulbright grant. During her time there, Hassanzadeh lived with a host family for a year, worked with North Korean defectors, fell in love with kimchi, and traveled extensively throughout Asia. Some of her stops included Japan, Thailand, Cambodia, and New Zealand. Korean food is still one of her passions. The spicier, the better.

Hassanzadeh has worked for KCCI in Des Moines and KETV in Omaha. She was a feature writer for 10 Magazine in Seoul, South Korea. While in college she interned for ABC News, CBS Radio News, KSTP-TV, Pie Town productions (HGTV), and KCCI.

She also loves Exploring. It can be a new country or a new restaurant down the street. Hassanzadeh loves it all! She loves keeping up with international headlines but she’s just as passionate about covering local stories that are happening down the street. 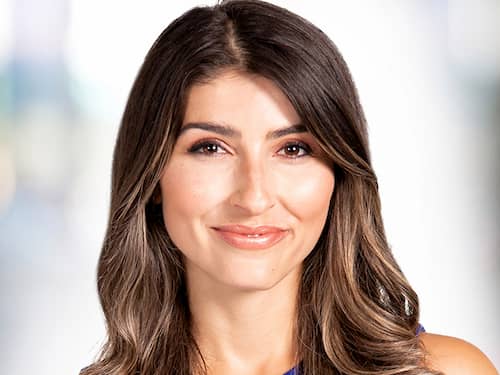 Hassanzadeh was born and raised in Edina, Minnesota, United States. She likes to keep her personal life private hence has not yet disclosed the year and month she was born. It is therefore not known when she celebrates her birthday.

Hassanzadeh stands at an average height. However, her exact height is not yet disclosed but will be updated as soon as her body measurements are available.

Hassanzadeh has managed to keep her personal life away from the limelight hence she has not disclosed any information about her parents. It is also not known if Hassanzadeh has any siblings.

Hassanzadeh is very private about her personal life therefore it is not known if she is in any relationship. There are also no rumors of her being in any past relationship with anyone.

Hassanzadeh has an estimated net worth of between $1 Million-$5 Million which she has earned through her career as a reporter.

Information about how much Hassanzadeh receives is currently under review and will be updated as soon as the information is available. However, according to sources, WCCO salaries range from $27370 to $200180 per year.