Gabriel Chavarria is an American-Hispanic actor who is best known for the lead role in the TV series The Purge and for staring as A.B. Quintanilla on Selena: The Series. He is also known for playing Jacob Aguilar in Hulu’s East Los High.

He made his film debut in 2007 in Freedom Writers. Released on January 5, 2007, the film was directed by Richard LaGravenese. In 2013, he played Jacob Aguilar in the Hulu series East Los High. Chavarria played Danny, a significant role in the 2016 drama film Lowriders.

He appeared as “Preacher” in “War For The Planet Of The Apes” with Andy Serkis, Judy Greer, Woody Harrelson, and Steve Zahn. He also played a Navy SEAL aboard the American submarine in Hunter Killer. He as well shot the lead role of “Ziggy Rodriguez” with Melia Kreiling, Marg Helgenberger, and B.J. Britt in Fox’s military thriller pilot “Behind Enemy Lines.”

Chavarria is 31 years old as of 2020. He was born on April 29, 1989, in Philadelphia, Pennsylvania, United States. He celebrates his birthday on the 29th of April every year. 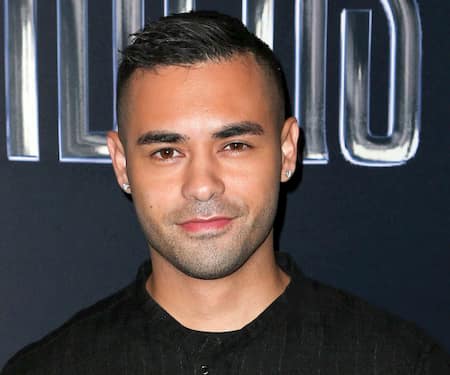 Family is the most important thing to Chavarria. He grew up in Los Angeles, California with 11 siblings and it helped him appreciate the importance of having a supportive family unit. His parents immigrated to the United States from Honduras. When his parents made their journey to the U.S, they came with seven of my older siblings.

At the time, Chavarria’s mother was pregnant with baby number eight. No matter what happened, his parents did everything together as a family. Growing up, they experienced a lot of financial difficulties. They lived in Section 8 housing, going from one housing project to the next. But, to him, it didn’t matter where they lived. To him, what was important was how life was inside our home, being a happy and joyful kid. He grew up very close to his brothers and sister.

Chavarria is very private about his personal life therefore it is not known if he is in any relationship. There are also no rumors of him being in any past relationship with anyone.

Chavarria has an estimated net worth of between $1 Million – $5 Million which he has earned through his career as an actor.

Chavarria is one of the main cast on Selena: The Series an American biographical drama.  It tells the story of Tejano singer Selena who rises to fame as she and her family make sacrifices in order to achieve their lifelong dreams. The series was released on Netflix on December 4, 2020.