Heather Brown is an American reporter who currently works to answer your Good Questions on WCCO 4 News at 10 and helps you kick your weekdays off on WCCO Mid-Morning.

Brown attended Colgate University where she graduated with honors, so cold winters are nothing new! After college, she worked at CNBC in Los Angeles producing business news stories. Brown spent almost two years on the west coast before heading to Boston. She earned a master’s degree in public policy from the Kennedy School of Government at Harvard University in 2003.

Brown returned to WCCO in October of 2012 after two years of reporting at WNYW, a Fox affiliate in New York City. In the Big Apple, Brown primarily covered New York City public schools but had the opportunity to report on breaking news, Hurricane Sandy and the 10th anniversary of Sept. 11.

She had been at WCCO from 2006 through 2010. Some of Brown’s most memorable stories included the Republican National Convention in St. Paul, the destructive forest fires in the Boundary Waters, and the 35W bridge collapse. Brown also reported for CBS News on the historic flooding in Fargo and tornadoes in western Minnesota.

Prior to moving to Minnesota, Brown worked at WIS in Columbia, S.C. There, Brown reported on the aftermath of Hurricane Katrina from Biloxi, covered the 2004 S.C. Democratic presidential primary, and produced an award-winning education series that helped students get school supplies needed in many South Carolina classrooms. 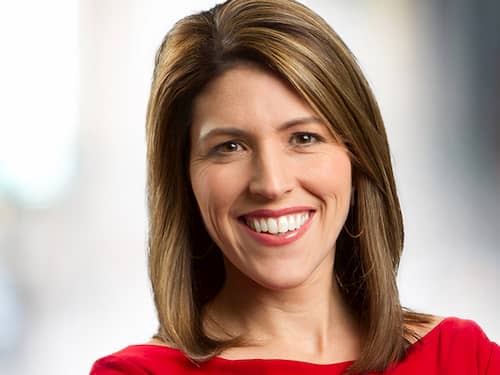 Brown is proud of her Department of Natural Resources firefighting certification, participation in the Big Brothers/Big Sisters Program, and nine marathons. (The 2010 Twin Cities race was her PR!)

Brown has managed to keep her personal life away from the limelight hence she has not disclosed any information about her parents. It is also not known if Brown has any siblings.

Brown is married to Joe Krengel since July 1, 2015. They tied the knot at Nicollet Island Pavilion in Minneapolis after two years of dating. The couple is blessed with three children, firstborn a son born in 2010, and two daughters born in 2014 and 2016.

On the weekends, there’s a good chance you’ll find Brown, her husband, and their three kids exploring the lakes, parks, and restaurants all over Twin Cities. But, give her a good book in front of a warm fireplace and she’ll disappear for hours.

Brown has an estimated net worth of between $1 Million-$5 Million which she has earned through her career as a reporter.