Jackie Bange is an American award-winning journalist, reporter, and weekend anchor for WGN-TV in Chicago, Illinois. She joined the station in August 1993 as a reporter and anchored WGN Morning News from January 1995 to October 1995.

Bange attended the University of Florida where she received her post-baccalaureate degree in Telecommunications. She also has an undergraduate degree from Florida State University in Management Information Systems.

In addition to coverage of local stories, Bange has reported from exotic international locales, including Africa and Paris, France. After Hurricane Katrina, she also brought Chicagoland “Into the Darkness,” which profiled two Chicago-area pilots and their crew who were the first to arrive in New Orleans and help rescue hundreds of stranded residents. In 2009, she completed the Olympic length of the Chicago Triathlon.

Bange works at WGN-TV where she works alongside other famous WGN-TV anchors, reporters, meteorologists, and sports anchors including;

In 1999, she won a Regional Emmy Award for “Best Feature Reporting” for her series on a team of skydivers trying to achieve the world record for the largest skydive formation. 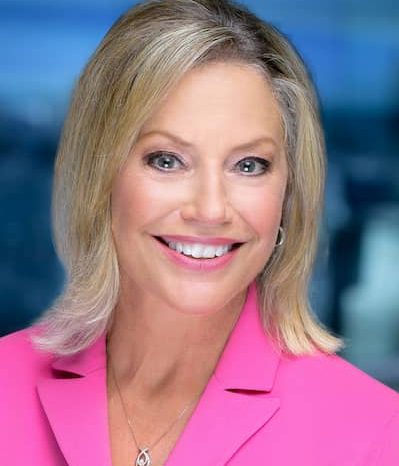 In 2009, she won the Peter Lisagor award for hard news and in-depth reporting for a news piece wherein she helped a widow “get justice” for her husband who was murdered in a case of suspected drunk driving.

Bange stands at a height of approximately 5 feet 6 inches.

Bange is married to George Strickland and the couple is blessed with 3 children; twin daughters and a son. During her free time, she enjoys skydiving and athletic training. She has participated in seven Triathlons.

Bange has an estimated net worth ranging between $1 Million – $5 Million which she has earned through being a reporter and anchor.

The table below answers some of the frequently asked questions about Bange.