Kali Collette is a 17-year-old Tv personality who is best known for being one of the cast members of Season 6 of 16 and Pregnant which premiered on Oct. 6 at 8 p.m. ET on MTV. She is the youngest cast member in this season.

Collette’s height is not yet disclosed.

Collette has managed to keep her personal life away from the limelight hence she has not disclosed the names of her parents. It is also not known if Collette has any siblings. However, she is very close with her parents and works at their nutrition store.

Kali is in a relationship with Auston Brant since 2018. She has been with her baby daddy for two years. They knew each other when she was 13 and she got pregnant at 15 years. 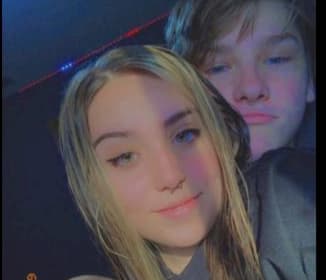 In a video that she posted on her YouTube, Kali talks about how she knew she would eventually get pregnant by Auston. “I kind of figured it would happen at some point … not at 15.”

Collette has a son named Bohdi Oliver a.k.a. Beau. She had a tough labor and delivery, but their son was born on June 6, 2020.

Collette is one of the cast members of 16 and Pregnant. The show follows teens who find themselves knocked up unexpectedly and their partners throughout pregnancy and into parenthood. However, this season will not focus as much on the pregnant girl but rather all of those who will be affected by the pregnancy, including interviews with the baby daddies, grandparents, and more.