Madison Everheart is a 19-year-old Tv personality who is best known for being one of the cast members of Season 6 of 16 and Pregnant which premiered on Oct. 6 at 8 p.m. ET on MTV.

The Ashley reported that Maddie and Rachelle were being filmed before the pandemic hit and production shut down. The producers chose to keep them on the show, rather than replace them with girls with younger babies. That’s why their daughters are older than the rest of the other babies.

Everheart is 19 years old as of 2020. She is from San Antonio, Texas, United States.

Everheart’s height is not yet disclosed.

Everheart has managed to keep her personal life away from the limelight hence she has not disclosed any information about her parents. It is also not known if Everheart has any siblings. 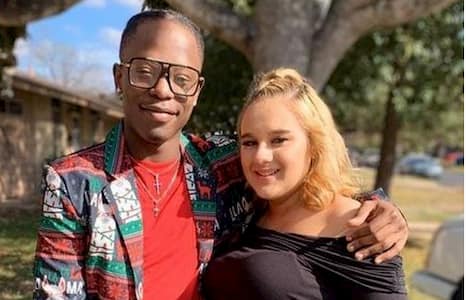 Everheart is currently engaged to her baby daddy, Korey Wiseman who is an aspiring musician. Korey is a former high school athlete who graduated in 2017. The couple got engaged in December 2019, while Maddie was pregnant.

Everheart and her fiancé Korey Wiseman welcomed their daughter Kaezleigh Ka’mya on February 12, 2020.

Everheart has an estimated net worth of between $10k -$100k.

Everheart is one of the cast members of 16 and Pregnant. The show follows teens who find themselves knocked up unexpectedly and their partners throughout pregnancy and into parenthood. However, this season will not focus as much on the pregnant girl but rather all of those who will be affected by the pregnancy, including interviews with the baby daddies, grandparents, and more.

Had an amazing Mother’s Day❣️