Keith McCord is an American Anchor working at KSL 5-TV since he joined the team in February  1981. Before joining KSL he was working as a television news anchor at CBS affiliate.

McCord has been involved in broadcasting since 1975 when he graduated from the Long Beach City College in California with an Associate Degree in telecommunications. His career began as an announcer and news director at a small radio station in Loveland, Colorado.

McCord is an Anchor working at KSL 5-TV since he joined the team in February  1981. He anchored and report at the weekend edition of the KSL 5 News. He also works as a reporter for KSL’s 5, 6, 6:30 and 10 PM newscasts.

Keith was the famous television news anchor at CBS affiliate KYCU-TV in Cheyenne. Then For his first broadcast there, he wore a lime green suit–no kidding. He also pulled down a huge salary of $800 a month. He also anchored at  KRDO-TV, the ABC affiliate in Colorado Springs, Colorado. Furthermore, in the year 2013, Keith received an Emmy Winner as he was inducted into Rocky  Mountain  Emmy Silver  Circle Society.  He has been award marking 25 years of service, or longer, to the broadcasting industry. 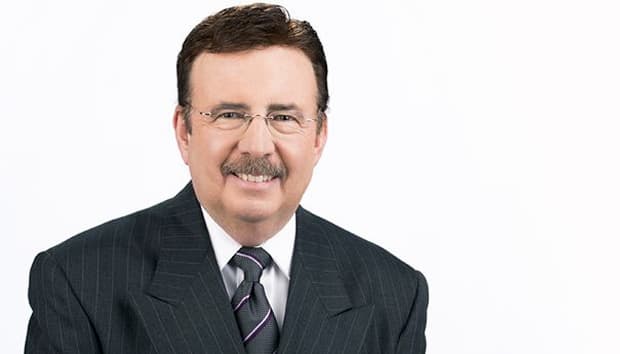 McCord likes to keep his personal life private hence has not yet disclosed the year and month he was born. It is therefore not known when he celebrates his birthday.

Keith is very private about his personal life therefore it is not known if he is in any relationship. There are also no rumors of him being in any past relationship with anyone.

Information about how much Keith receives is currently under review and will be updated as soon as the information is available.

McCord’s net worth is currently under review. However, the information will be updated soon.

McCord Signed Off on Sunday, April 19, 2020, after 39 years behind the anchor desk at KSL. As a reporter, McCord covered the headlines that shaped local business and economy, but never shyed away from the fun stuff!

KSL Reporter Alex Cabrero says he remembers McCord giving him a tour of the station when he was a kid.

His workmates sent messages for Keith during his last newscast.

“I just remember the first time that I ever anchored next to Keith McCord on this set that I’m sitting at here. I was nervous, and I was so excited – and I literally had to pinch myself when I sat down next to him, because he has been somebody I have looked up to my entire career.”

“You’ve been more than just a colleague. You’ve been a very good friend. You’ve been with me through the birth of my children and the death of my husband. I just love you so much. I’ll see you in retirement. We won’t see you on TV, but I’ll see you.”