Kelly Dodd is an American TV personality who is best known for starring on Season 15 of The Real Housewives of Orange County which is set to premiere on Wednesday, October 14 at 9/8c. She joined the show in Season 11.

Starting the year off on a high following her engagement to Fox News Reporter Rick Leventhal, Kelly is eager to settle into their new home in Newport as she waits for him to officially get transferred to the LA bureau. During stay-at-home orders, Kelly makes waves among the ladies when she jet-sets around the country visiting New York City, the Hamptons, and Miami.

In addition to maintaining a long-distance relationship, Kelly is busy juggling her business Positive Beverage, planning her upcoming nuptials, and parenting her 14-year-old daughter Jolie. As the election looms, Kelly’s political beliefs and tone-deaf jokes threaten her relationships with the women.

Kelly is 45 years old as of 2020. She was born on September 26, 1975, in Scottsdale, Arizona, United States. She celebrates her birthday on the 26th of September every year. 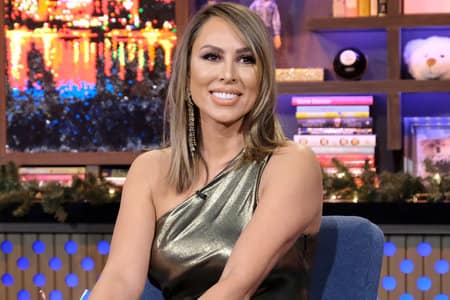 Kelly is the daughter of Frank Meza (father) and Bobbi (mother). She has a younger brother Eric Meza. In season 14, she revealed during an episode that a rift had formed in her relationship with her mother and younger brother while they were living with her in California a couple of years ago, which they saw in past seasons of RHOC. “They said it’ll only be a few months. Well, those few months turned into a year-and-a-half, and I felt like my mom and Eric were taking advantage of me, and it caused my mom and me to get in a big, huge fight. They moved back to Arizona,” Kelly said. “So, the last time I talked to my mom was almost two years ago.”

Since this season of RHOC, she has worked on her relationship with her mom and brother.

Kelly was married to Michael J. Dodd from 2006–2017. Her ex-husband is a Businessperson. He started his professional career as a purchasing manager for Reliant Energy and also worked as a managing director at the Compaq. He has also served as president of COO for LeapFrog from 2005 till 2016. He as well worked as COO of Executive Technology and Targus.

Kelly is engaged to Rick Leventhal. She announced that she and Rick had started dating after she and Brian officially split. “We met in the Hamptons,” Kelly said. “It’s new, we haven’t even had sex. But he’s already treated me with more respect than Brian ever did.”

In March 2020, Kelly Dodd and her fiancé, Rick Leventhal, have moved into a new home in Southern California

Kelly has an estimated net worth of $10 million which she has earned through her career as a reality television personality.

Dodd will be starring on Season 15 of The Real Housewives of Orange County an American reality television series. Season 15 will follow the group as they navigate new and old relationships, changing family dynamics, and, of course, some major friendship drama.