Shannon Storms Beador is an American Television personality who is best known for starring on Season 15 of The Real Housewives of Orange County which is set to premiere on Wednesday, October 14 at 9/8c.

She joined the cast in Season 9, bringing her unflinching honesty and unconventional ways. Storms Beador started 2020 off in complete bliss with her boyfriend John Janssen and a new place to call home for her and her three daughters in Newport. When the sole member left in the Tres Amigas, Shannon made peace with Kelly but quickly got herself into hot water with a few of the ladies.

When the news of Coronavirus hits, it brought her anxiety to an all-time high and caused tension between her and John when a division arose over house rules with the kids during the lockdown. Her worst fears eventually came to fruition when she learned that along with her three daughters, she too had contracted COVID-19.

Storms Beador documents their journey to recovery on her cell phone. She has been keeping herself busy working on her “Real 4 Real” food line while also preparing to send her eldest daughter Sophie to college during the pandemic.

Shannon Beador is 56 years old as of 2020. She was born on March 24, 1964, in Southern California, California, United States. She celebrates her birthday on the 24th of March every year. 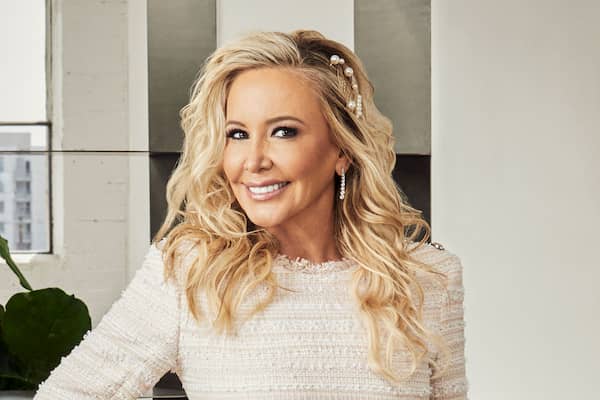 Storms Beador stands at a height of 5 feet 5 inches tall and weighs about 63 Kg.

Storms Beador was married to David Beador from 2000 to 2019. Their divorce was finalized in April 2019. Her ex-husband is a construction company owner.

Storms Beador is in a relationship with John Janssen. He has already met plenty of important people in Shannon’s life, including her three daughters and her ex-husband David Beador, too.

“They’ve seen each other, but David isn’t interested. I tried to introduce them, but he walked away. David walked away,” Shannon said. “I should have expected it.”

Storms Beador has an estimated net worth of $20 million which she has earned through her career as a Television personality.

Storms Beador will be starring on Season 15 of The Real Housewives of Orange County an American reality television series. Season 15 will follow the group as they navigate new and old relationships, changing family dynamics, and, of course, some major friendship drama.

Shannon Beador and her daughters had contacted COVID-19. She shared the information on Instagram in July.

“This photo was taken pre-pandemic. Today, we are Covid positive times 4. The girls and I are blessed to be quarantining in the same home (but isolating in separate rooms). A huge thank you to all of the medical personnel that have been patiently guiding us through this illness. Sending prayers to all of those affected. 🙏🏻❤️,” she wrote on Instagram.

This photo was taken pre-pandemic. Today, we are Covid positive times 4. The girls and I are blessed to be quarantining in the same home (but isolating in separate rooms). A huge thank you to all of the medical personnel that have been patiently guiding us through this illness. Sending prayers to all of those affected. 🙏🏻❤️

However it now looks like Shannon Beador and her family have made a full recovery, and it also looks like her battle to beat the virus will be shown in the new season, based on the trailer.

The Beador girls (and Archie!) love our @furbodogcamera ❤️ It’s even Alexa compatible so we can create a treat tossing schedule when we are away (Archie loves that!😉). The Furbo App also alerts us when Archie is barking and we can talk to him through the camera! 🙌 Check out my story for more information on how to get 46% off your own @furbodogcamera today! #Furbo #FurboDogCamera