Lisa Meadows is an American Emmy Award-Winning Meteorologist currently working for WCCO since joining the station in 2018. She attended Valparaiso University where she obtained her Bachelor of Science degree in Meteorology with a minor in mathematics. Meadows also obtained a Bachelor of Arts degree in Communications.

Meadows has been fascinated by the weather all her life and grew up watching Midwest thunderstorms in her hometown in northwest Indiana.

While in University, Meadows was the founding Chief Meteorologist for their college TV station VUTV, President of the Northwest Indiana American Meteorological Society/National Weather Association, and active member of the Valparaiso University Storm Intercept Team (VUSIT). She was in a 10-day convective field study in which she chased storms across the plains traveling 5,626 miles through seven states seeing her first tornado.

Prior to making it back to the Midwest, Meadows previously worked for CBS affiliates in Sacramento, West Texas, and Central Illinois.

Meadows likes to keep her personal life private hence has not yet disclosed the year she was born. She celebrates her birthday on 3rd February every year. 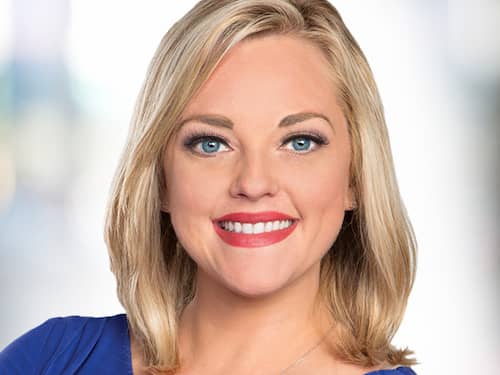 Meadows stands at a height of 5 feet 9 inches tall and weighs around 75kg.

Meadows has managed to keep her personal life away from the limelight hence she has not disclosed any information about her parents. It is also not known if Meadows has any siblings.

Meadows is very private about her personal life therefore it is not known if she is in any relationship. There are also no rumors of her being in any past relationship with anyone.

Meadows has an estimated net worth of around $1 Million which she has earned through her career as a meteorologist.

Meadows earns an average salary ranging between $31k-$103k per year working as a meteorologist for WCCO.