Lourdes Duarte is an American co-anchor of WGN Evening News at 4pm. Before her role on the evening news, She was co-anchor of the WGN Morning News and a reporter for WGN News at Nine.

In September of 2007, She joined WGN-TV as a general assignment reporter for the WGN Midday News, WGN Evening News and WGN News at Nine and Investigative Reporter. In addition she has won Emmy Award Four times. Duarte graduated  in DePaul University with a Bachelor of Arts degree in Communication

Before joining WGN-TV, She worked for three years as a reporter and fill-in anchor for the Fox affiliate in Detroit, Michigan and WJBK-TV. Besides, she spent two years as a reporter for WXIN-TV in Indianapolis. While there, Duarte launched and hosted the station’s public affairs program, “Hoy en Dia,” and anchored daily news cut-ins in Spanish for radio station WEDJ-FM.

Prior to, she was a reporter in Peoria at WHOI-TV and at Metro Networks in Miami, Florida for radio stations WLRN-FM and WTMI-FM. Duarte got her start here in Chicago, working as a freelance reporter for Telemundo.

She is a four time Emmy Award winner. Duarte as well has received an Emmy nomination for a story on deportation. Duarte and a WGN photographer where aboard the plane that transported undocumented immigrants to their home country.

Duarte as well hosts “Adelante Chicago” on WGN. She was picked as one of DePaul University’s 14 Under 40 and is on the Dean’s Advisory Board for the College of Communication in 2009.

Duarte is 44 years old as of 2020. She was born in 1976 in Chicago, Illinois, United States. She has not yet disclosed the date and month she was born. It is therefore not known when she celebrates her birthday. 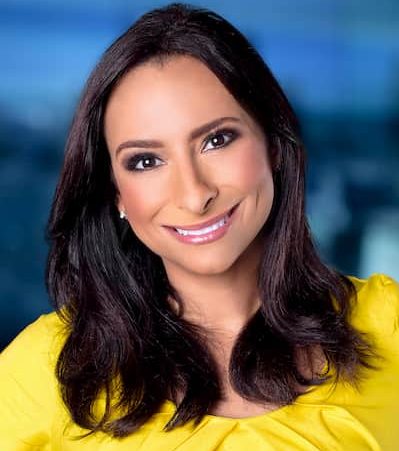 Duarte is married to a Chicago Mayor Rahm Emanuel’s press secretary, Matt McGrath. The couple got engaged in February 2019. They welcomed their first daughter, Madeline McGrath in August 2019.

Duarte stands at a height of 5 feet 9 inches.

Duarte has an estimated net worth of around $1 million that she accrues from her journalism career.