Monica Alba is an American political news reporter working for NBC News in Washington D.C. She covered President Trump and the 2020 campaign.

Alba worked as a White House producer in the first two years of the Trump administration traveling with the president. She graduated with honors from the USC Annenberg School in 2009 where she earned a degree in broadcast journalism with minors in international relations and cinematic arts.

Alba worked for Annenberg T.V. News as a producer, anchor, reporter, and also as an intern at Telemundo Media, a division of NBC Universal in 2006. From 2007 to 2009, Alba served as an intern at City Projects where she worked with Philip Rodriguez a documentary producer on the documentary Brown is the new Green: Gorge Lopez and the American Dream.

From 2007 to May 2009, she served as a production coordinator for chain camera pictures in Los Angels, California. She worked as a research associate and junior fellow at Annenberg Center on communication leadership and policy. Alba worked with Kirby Dirk on a political documentary named Outrage. In February 2012, Alba served as an NBC Latino intern in New York City.

Alba specialized in documentary filmmaking after she received her master’s degree from Columbia Journalism School. She is a co-founder of the Social Issues Documentary film contest. 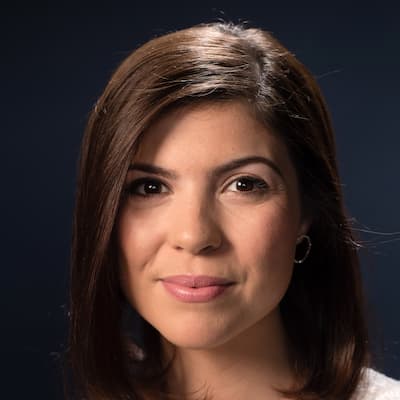 Alba is the daughter of Mari Alba and Manuel Alba. She has a sister named Loreli Alba who lives in San Jose with her parents.

Alba is married to Dan Patrick Merica who is a political reporter for CNN who graduated from Bently University with a degree in Global Studies and later received a master’s degree in journalism and public affairs from American University. They first met in Manchester, N.H., in August 2015 while covering Hillery Clinton’s presidential campaign but it took time before they started dating.

Dan and Monica later exchanged their marriage vows on July 27, 2019, at the west shore cafe and inn in Homewood, California. They left for their honeymoon in Tanzania and Rwanda.

Alba has an estimated net worth ranging between $1 Million – $5 Million which she has earned through being a Political news reporter.