Olivia Lucy Phillip is a Tv personality who is best known for being one of the cast members of ‘Tommy’ which premiered on Feb 6, 2020, on CBS.

She has graced the stage in several productions on Broadway and the West End, including Chicago, Ghost the Musical, The Book of Mormon, Disaster!, Priscilla, Queen of the Desert, and Waitress. She also starred as Bulda in Broadway’s Frozen. On television, Olivia has guest-starred on Bull.

Olivia is also a certified yoga instructor and talented singer/songwriter who can play classical piano and ukulele. During her free time, she enjoys hiking with her Bernese mountain dog, Clarita, and supports the non-profit organization Doctors Without Borders.

Lucy Phillip’s age is not known. She celebrates her birthday on March 27 but has not revealed the year she was born. Lucy Phillip who is originally from Leeds, England, lives in Brooklyn. 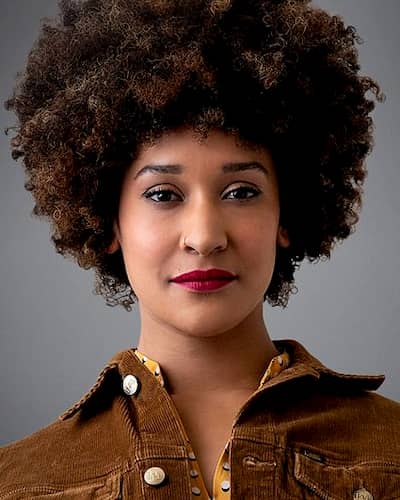 Lucy Phillip’s height is not yet disclosed.

Phillip’s is very private about her personal life therefore it is not known if she is in any relationship. There are also no rumors of her being in any past relationship with anyone.

Olivia has an estimated net worth of $1 million which she has earned through her successful career as a TV actor.

Lucy Phillip is one of the cast members of Tommy playing a role as Kate Jones. The show stars Edie Falco playing a role as Abigail “Tommy” Thomas, a former high-ranking NYPD officer who becomes the first female Chief of Police for Los Angeles.

Still reeling from last night! What a joy it is to be a part of this team. Keep tuning in, every Thursday at 10pm. I assure you, Kate will continue to bring the drama ? #tommy @cbstv