Vladimir Caamaño is a Dominican American comedian and actor who is best known for starring on ‘Tommy’ which premiered on Feb 6, 2020, on CBS.

Caamaño launched his career in stand-up comedy after graduating from Wesleyan University, playing on his immigrant Dominican American family living in the Bronx and Washington Heights. He has performed in many comedy clubs, including Gotham Comedy Club, the Stand Comedy Club, Dangerfield’s, and Comic Strip Live. He has also been featured on  Adam Devine’s House Party for Comedy Central and Gotham Comedy Live on AXS.TV.

His performance at the Just for Laughs Comedy Festival in 2015 earned him the opportunity to work with producers Bill Lawrence and Adam Sztykiel to write, produce, and headline his own semi-autobiographical comedy pilot based around his personal life, titled A Bronx Life. He was also the only one of his “New Faces” class to be chosen to perform as part of The CW Gala hosted by Howie Mandel.

In 2016, Vladimir was named one of the top 10 comics to watch by Variety. After one year, Vladimir made his late-night stand-up debut on Jimmy Kimmel Live! and performed again at the prestigious Just for Laughs Gala hosted by Lilly Singh. 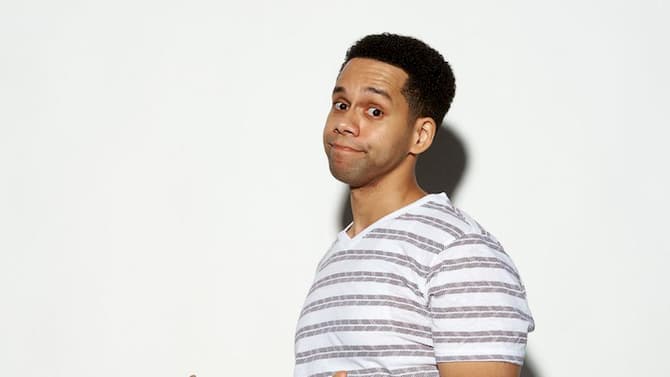 His television credits include Brooklyn Nine-Nine, Marvel’s Runaway, and Superstore.

He works with the Psychological Trauma Center at Cedars-Sinai to help with Hispanic children with learning disabilities.

Caamano was born in The Bronx, New York City, United States. He has managed to keep his personal life private hence the year, month and date he was born are not known. He resides in Los Angeles.

Caamano’s height is not yet disclosed.

Caamaño was born to “a very traditional [Dominican American] family”. His father was the superintendent to the building that he lived in. Much of Caamano’s humor stems from his father and his personal life of which he tends to constantly mock in his stand up.

Information about Caamano’s dating life is not known for he has managed to keep his personal life away from the limelight. It is therefore not known if he is dating or engaged to someone.

Caamano’s net worth is currently under review but the information will be updated as soon as he discloses how much he is worth.

Vlad is one of the cast members of Tommy playing a role as Abnar Diaz. The show stars Edie Falco as Abigail “Tommy” Thomas, a former high-ranking NYPD officer who becomes the first female chief of Police for Los Angeles.