Rick Reichmuth is an American meteorologist who is currently the Chief Meteorologist for Fox News. He joined Fox News Channel (FNC) in 2004.

Reichmuth attended Arizona State University where he graduated with a degree in Spanish Literature. After almost 10 years in banking, Reichmuth decided to make a change and pursue a lifelong dream in meteorology. He joined Georgia State University and Mississippi State University to complete a broadcast meteorology program. Reichmuth is a member of the American Meteorological Society and the National Weather Association.

Reichmuth is also a co-host of Fox & Friends Weekend. Recently, he covered the devastating impact of the EF5 tornado in Moore, Oklahoma. Previously, he has provided FNC with invaluable coverage of every hurricane season since joining in 2004.

Previously, he also served as a weather anchor for CNN, CNN Headline News, and CNN International in Atlanta, Georgia. There, Reichmuth took on numerous tasks while working closely with executive producers to make sure accurate weather forecasts were being distributed well and efficiently. He first started his career as a production coordinator for CNN en Espanol in Atlanta, Georgia. 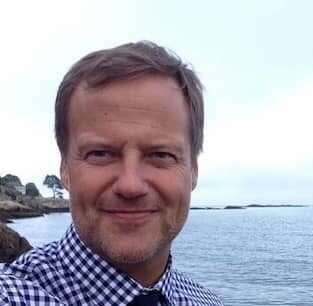 Reichmuth is 50 years old as of 2020. He was born as Richard Reichmuth on May 21, 1970, in Prescott, Arizona, United States. He celebrates his birthday on 21st May every year.

Reichmuth’s height is not yet disclosed.

Reichmuth was born in Prescott, Arizona, United States. He is the son of Bob Reichmuth. On 5 March 2017, he shared his father’s photo on Twitter wishing him a birthday as he turned 80 years old.

Reichmuth is married to Jovita Smith since 2013. The two have managed to keep their personal life private hence has not known if they have any children.

Reichmuth has an estimated net worth of about $5 Million which he has earned through his career as a meteorologist.

Information about how much Reichmuth receives is currently under review and will be updated as soon. However, accourding to sources, Fox News’ salaries range from $60,00 to $120,000 per year.