Kirsten Powers is an American political analyst, columnist, and author. Currently, Powers writes for USA Today and is also an on-air political analyst at CNN, where she appears regularly on The Lead with Jake Tapper, Anderson Cooper 360°, and CNN Tonight with Don Lemon.

Previously, Powers was a columnist for the New York Post, and later The Daily Beast, which she left to join USA Today. Her first column appeared at The American Prospect. She has written numerous articles which have appeared in USA Today, the Wall Street Journal, Elle, Salon, and the New York Observer.

Powers attended and graduated from Monroe Catholic High School, the University of Maryland, and then attended Georgetown University Law School for a year and a half.

She is an on-air political analyst at CNN, where she appears regularly on CNN Tonight with Don Lemon, Anderson Cooper 360°, and The Lead with Jake Tapper.

In July 2017, she criticized CNN’s decision to not identify a controversial Reddit user, asking in a USA Today article: “What about the people he routinely dehumanizes and degrades online?”

But, she wrote, she ultimately supported CNN’s decision to not identify the user because they determined his safety might have been jeopardized. Powers also wrote on Twitter that “people do not have a ‘right’ to stay anonymous so they can spew their racist, misogynist, homophobic garbage”. 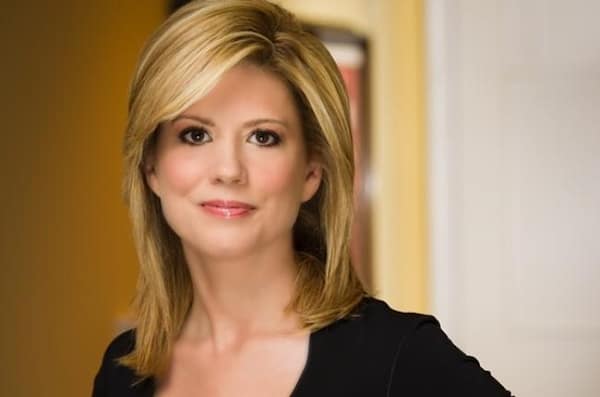 Before joining CNN, Powers worked at Fox News as a political analyst and contributor. Since joining Fox News in 2003, Powers appeared regularly across the channel including Fox News Sunday, The O’Reilly Factor, Special Report with Bret Baier, and The Kelly File.

She was a regular member of Fox News’s 2008 and 2012 election night coverage throughout the primaries and general election and provided all-day analysis for the inauguration of President Barack Obama.

She started her career as a staff assistant with the Clinton-Gore presidential transition team in 1992, followed by an appointment as Deputy Assistant U.S. Afterwards, she worked in various roles, including press secretary, party consultant, and communications consultant.

She served in the Clinton administration as the deputy assistant U.S. trade representative for public affairs. She then left to become the vice president for international communications at America Online. Powers has consulted for a variety of non-profit organizations, including the National Council for Research on Women (NCRW) and the Human Rights First.

Powers became a vice president at the AOL-Time Warner Foundation after AOL’s merger with Time Warner. Powers has worked in New York State Democratic politics for many years.

She was a staff member of the press secretary for the Andrew Cuomo for Governor campaign, the New York State Democratic Committee, and communications director on the mayoral campaign of C. Virginia Fields.

Powers is 53 years old as of 2020. She was born Kirsten Anne Powers on December 14, 1967, in Fairbanks, Alaska, United States. She celebrates her birthday on the 14th of December every year.

Powers’ parents were archaeologists, with Irish-American heritage. Her family moved to Fairbanks, Alaska, when she was 3 years old. She has however not disclosed their names.

Powers was married to Marty Makary, Professor of Public Health at Johns Hopkins University, in January 2010. They divorced in 2013. Previously, she briefly dated former Congressman Anthony Weiner in 2002, and the two remained close friends even after their romantic relationship ended.

Powers has an estimated net worth of $20 million which she has earned through being an author, political analyst, and columnist.