Stephanie Hollman is an American Tv Personality who is best known for starring in Season 5 of The Real Housewives of Dallas which premiered on Tuesday, January 5, 2021, at 9/8c.

This season, after years of being a doting mother and wife, Hollman is eager to return to work and launches her own foundation. When her husband Travis questions her ability to follow through, Hollman sets on a course to prove him wrong.

She attended Oklahoma State University where she received her degree in psychology. Prior to marrying her husband, she worked at Head Start with families and children and at the Madonna House Shelter in Tulsa as a Social Worker.

Hollman has managed to keep her personal life away from the limelight hence she has not disclosed any information about her parents. It is also not known if Hollman has any siblings. 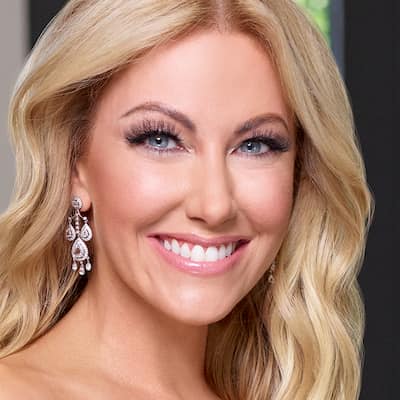 Hollman is married to Travis Hollman since April 19, 2008. The couple is blessed with two children Chance Hollman (born in 2011) and Cruz Hollman (born in 2013). She lives in Dallas with her husband and their two young boys. In 2011, she suffered an early miscarriage before welcoming her first son.

Her husband is the president and owner of Hollman Inc., the company started by his father 39 years ago, Joe Hollman. Hollman Inc. is currently the leading manufacturer of wood and laminate lockers.

Hollman has an estimated net worth of $18 Million which she has earned through being a TV personality.

Hollman will be starring in Season 5 of The Real Housewives of Dallas an American reality television series on Bravo. The show focuses on the personal and professional lives of several women living in Dallas, Texas as they climb their way to the top of the city’s most exclusive circle. With big hearts, big wallets, and even bigger drama, these ladies prove why you don’t mess with Texas, let alone a Housewife.