Sue Palka is an American Emmy Award-winning meteorologist currently working as the Evening Meteorologist at FOX5. She joined the FOX 5 station in 1985.

Sue, a graduate of Education and Sciences, worked as a teacher in her early days. She worked side by side in theaters, the same location where she found the love of her life. She appeared in advertisements, and the local tv news and weather broadcasters contacted her at some point. From there, her days on TV began.

Thirty-five years in business and Sue is still passionate and passionate about her career. As of today, she is not contemplating her retirement. As long as the producers and the viewers want her to, she needs to be on TV. She must have earned a huge net worth out of her fine-paying income, having spent 33 years at FOX 5.

Palka is 70 years old as of 2020. He was born in 1950 in Pennsylvania, the United States. It is therefore not known when she celebrates her birthday.

Palka’s height is not yet disclosed.

Palka was raised in a family of teachers. As a kid growing up in Erie, Pa., her parents often brought them to visit her aunt, uncle, and cousins in the D.C. area. She has managed to keep her personal life away from the limelight hence she has not disclosed any information about her parents. It is also not known if Palka has any siblings. 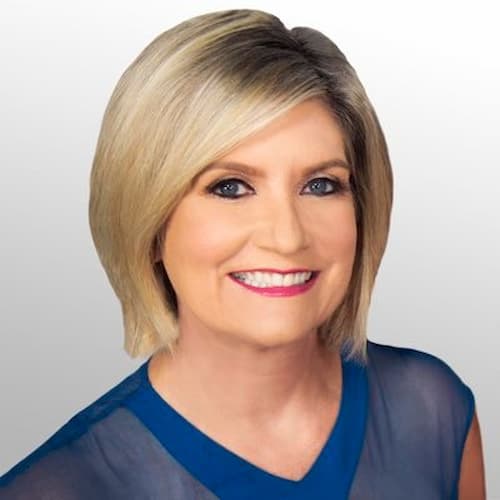 Sue is married to Joe. The couple first met backstage at a particular performance in 1981 at the time Joe worked in a radio talk-show in Washington, D.C. The couple has two daughters, Liz Palka, and the younger Nora, born in 1989. Sue is a grandmother to Anastasia, Liz’s daughter. Liz is also an aspiring journalist who chose to pursue the same profession as her mother’s.

Palka has an estimated net worth ranging between $1 Million – $5 Million which she has earned through being a journalist.