Wisdom Martin is an American award-winning anchor and reporter working for FOX 5 News. He has been working for the station since joining in 2003.

Wisdom Martin is an American award-winning anchor and reporter working for FOX 5 News. He has been working for the station since joining in 2003.

Martin serves as the morning anchor, starting the day at 4 a.m. through 6 a.m. and from 9 a.m. to 11 a.m. on Good Day DC. He began his journalism career while he was still a sophomore at Jackson State University. He landed his first TV job at WAPT news where he served as the teleprompter on the weekends. He, later on, started serving as an editor, news photographer, and sports reporter for the weekend shows, before he graduated.

Martin has also managed to cover quite a number of well-known stories including reporting live in Miami on the murder of Washington Redskins football player Sean Taylor. He also reported LIVE for several days in New Orleans in the aftermath of Hurricane Katrina. Whenever he is not working, he enjoys spending her free time with his family and friends. He also enjoys cooking, working out, coaching kid’s baseball and basketball in the area, and speaking at different schools. 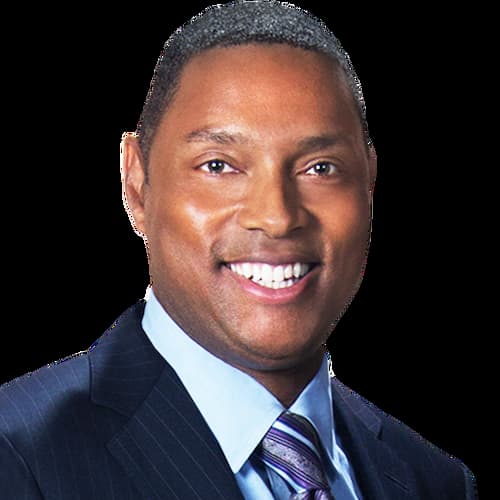 Martin was born to Wisdom D Martin a former US Army. In a tweet dated May 8, he even wished his mother “Mother’s Day”. In 2015. Martin and his brother were brought up together. McKinley Alexander, Martin’s father-in-law, is a former Jackson State University professor.

Martin is a married man. He is married to Monifa Martin. The couple has three children, two daughters, and one son. His first daughter was born in 2003. His son is also named Wisdom.

Martin has an estimated net worth ranging between $1 Million – $5 Million which he has earned through being a reporter and anchor.

Martin works at FOX 5 where he works alongside other famous FOX 5 anchors, reporters, meteorologists, and sports anchors including;

The table below answers some of the frequently asked questions about Martin.