Tiffany Moon is an American Tv Personality who is best known for starring in Season 5 of The Real Housewives of Dallas which premiered on Tuesday, January 5, 2021, at 9/8c. She is a new cast member.

Moon graduated college at 19-years-old and medical school at 23, where she finished in the top ten percent of her class.  The Dallas doctor and anesthesiologist is actually the Real Housewives’ first-ever medical doctor in Bravo history. She was introduced to the ladies by D’Andra, Tiffany. She struggles to find the balance between her demanding job as a frontline worker during a pandemic and being a wife and a mother to her five-year-old twin girls.

Tiffany was born in a small town, just outside of Beijing, China, and moved to the United States when she was just six years old. She is a product of extreme “Tiger Parents.” She has however not disclosed the names of her parents. “My parents left me in China when I was three years old to try to come to America and make things work. So I met them when I was six years old at JFK airport having been flown by myself with a very nice flight attendant from Beijing to JFK. So it was a rocky start with my parents because I had not seen them for three years. I did not know who they were, they did not know who I was. I started first grade not knowing a lick of English.” Moon said. 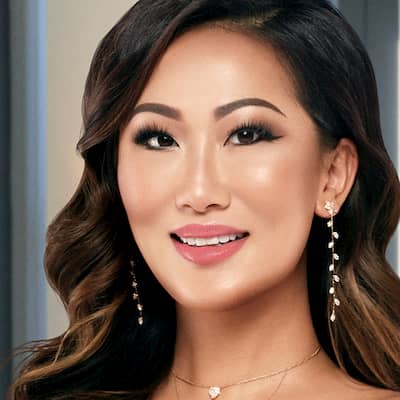 Tiffany is married to Daniel Moon and they are blessed with twin daughters. Her husband is the vice president and general counsel for jewelry and accessory brand Sam Moon.

Moon has an estimated net worth of between $100k -$1 Million which she has earned through being a TV personality.

Moon will be starring in Season 5 of The Real Housewives of Dallas an American reality television series on Bravo. The show focuses on the personal and professional lives of several women living in Dallas, Texas as they climb their way to the top of the city’s most exclusive circle. With big hearts, big wallets, and even bigger drama, these ladies prove why you don’t mess with Texas, let alone a Housewife.