Zane Satre is an American journalist who serves as the AMS certified morning meteorologist for Local 4 News (WHBF). She first joined Local 4 in May 2018 as the weekend meteorologist.

He grew up outside of a small town in central Iowa, where he spent many hours outside with his father, a long-time farmer, and his mother, a science teacher.

Zane is a proud graduate of Iowa State University’s meteorology school, where he was a member of ISU’s top-rated AMS student chapter and hosted “Cy’s Eyes on the Skies,” the campus weather broadcast. He also participated in intramural sports, performed in a church choir, and worked as a campus tour guide during his time at Iowa State.

Zane interned at KGAN in Cedar Rapids and WOI-TV in Des Moines before joining Local 4.

When he’s not working, Zane enjoys repairing and riding his bike, reading too much history and geography, and competing with his three siblings in board games.

Satre likes to keep his personal life private hence has not yet disclosed the year and month he was born. It is therefore not known when he celebrates his birthday.

Satre’s height is not yet disclosed. 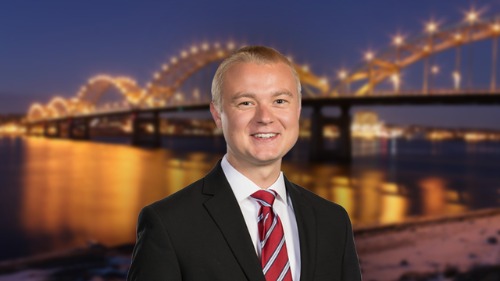 Satre has managed to keep his personal life away from the limelight hence he has not disclosed any information about his parents. It is also not known if Zane has any siblings.

Satre is very private about his personal life therefore it is not known if he is in any relationship. There are also no rumors of him being in any past relationship with anyone.

Satre has an estimated net worth ranging between $1 Million – $5 Million which he has earned through being a journalist.