Ashley Garrett is An American new morning show co-anchor for WJCL ABC 22. Before joining WJCL she was working as an Associate producer at WESH2 Station in Wesh News the Hearst station in Orlando.

Garrett graduated from the Florida Agricultural and Mechanical University and also known as FAMU. When she was in school, she won the Associated Press Best College Newscast” Award.

Garrett is a new morning show co-anchor at WJCL ABC 22. Before hosting a news job she was working as a Weekend Anchor/Producer and she also reported three times a week. She is also coming from Hostess city from a station in Columbus. She had pledged the Beta Alpha chapter of Delta Sigma Theta Sorority. S

She has worked as a Multimedia Journalist for channel 3 in WRBL. While she was in the school she served as a field reporter intern for ABC 27 WTXL in Midway, Florida. She has had a taste of the top 20 market news. Ashley was not a stranger to the Radio. She has served as a show talent, producer, reporter and show editor for WANM-FM. 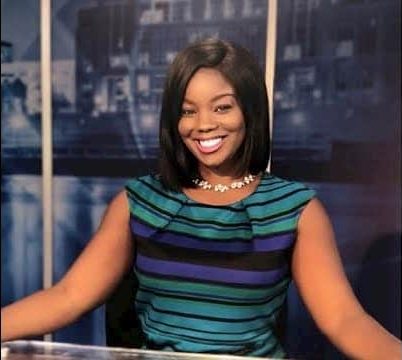 Garrett likes to keep her personal life private hence has not yet disclosed the year and month she was born. It is therefore not known when she celebrates her birthday.

Garrett is very private about her personal life therefore it is not known if she is in any relationship. There are also no rumors of her being in any past relationship with anyone.

Information about how much Garrett receives is currently under review and will be updated as soon as the information is available.

Garrett’s net worth is currently under review. However, the information will be updated soon.