Cheryl Scott is an American Meteorologist for ABC7 Eyewitness News, Chicago’s since joining the station in December 2014. Previously, she worked as the morning and weekend meteorologist for NBC 5 in Chicago.

Scott attended and graduated from Brown University with a Bachelor’s Degree in Geological Sciences in 2007. In 2010, Scott received her Meteorology Certification from Mississippi State University.

In Cheryl’s announcement, the ABC 7 News Director described her as “an experienced and knowledgeable meteorologist who enjoys the challenge of forecasting Chicago’s unpredictable weather.”

Scott joined ABC 7 in 2014 from NBC 5 in Chicago where she served as the morning and weekend meteorologist since September 2011.

Prior to that, she worked as a weekend meteorologist for the NBC affiliate in Knoxville, Tennessee, WBIR-TV. Scott was on the air when several tornadoes devastated Knoxville in April 2011. Not only did she serve as an important source for updating viewers on storm developments while providing critical safety information, but she also volunteered her time working with the Red Cross following the disaster.

Prior to WBIR-TV, she worked as the weekend weathercaster at WSEE-TV in Erie, Pennsylvania, in 2007 while also providing forecasts for a 24-hour Caribbean Weather Channel.

Scott got her start in 2006 as an intern at WCAU-NBC 10 in Philadelphia, Pennsylvania. Currently, she is on the Board of Directors of the American Red Cross. 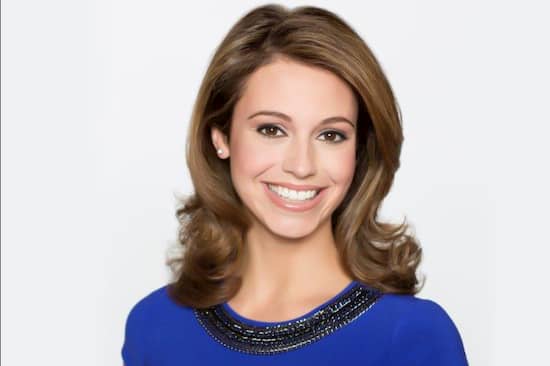 When she is not working, she enjoys traveling, watching movies, spending time outdoors, and play with her Beagle Lola. Sports have always played a big part in her life. Even though Scott doesn’t run track any longer, she still enjoys working out and watching a lot of NFL/NHL/MLB.

Scott is the daughter of Marie Picciano Scott (mother) and her father whos information is not yet revealed. She is the youngest child having two older brothers Kevin and Brian.

Scott is not yet married but is engaged to her long term boyfriend, Dante Deiana who is an American entrepreneur and DJ. The couple began dating in 2016 and in 2018 they got engaged. The two have however not revealed when they plan to do a wedding.

Scott earns an estimated salary of around $150 thousand per year.