Dana Rebik is an American WGN News Reporter. She has been working at WGN-TV since joining in 2014 as a reporter. Before joining WGN-TV she worked at Fox, CBS, and ABC affiliates in Seattle, Memphis, and Oregon.

Rebik attended the University of Colorado Boulder and graduated with a Bachelor’s in Journalism, Broadcast News, and Political Science.

An Emmy nominated reporter, His investigative work has resulted in tightening DUI laws, strengthening state daycare licensing regulations after a baby’s death, and uncovering security flaws within the state prison system. She has as well won many awards for her work from the Associated Press and the Society of Professional Journalists.

Rebik is originally from Chicago and is thrilled to return to her hometown as a part of the WGN-TV news team. During her free time, She enjoys cooking, skiing, and spending time with her husband and two children.

Rebik works at WGN-TV where she works alongside other famous WGN-TV anchors, reporters, meteorologists, and sports anchors including; 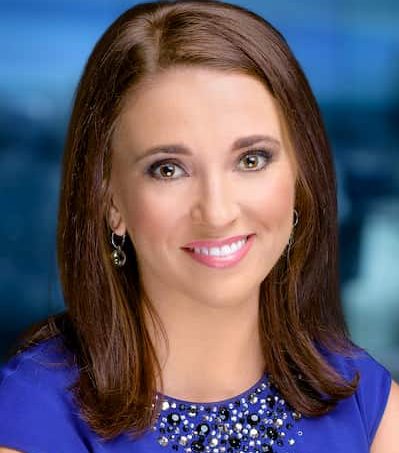 Rebik stands at a height of 5 feet 6 inches tall.

Rebik has a sister known as Yvette. However, she has not revealed the names of her parents as she likes to keep her personal life away from the limelight.

Rebik is married to her longtime boyfriend whom she has not mentioned his name. When she is not working, She enjoys spending time with her husband and two children.

Rebik has an estimated net worth ranging between $1 Million – $5 Million which she has earned through being a news reporter.

The table below answers some of the frequently asked questions about Rebik.