Dylan Byers is an American journalist and author working as a senior media reporter for NBC News and MSNBC and author of Byers Market, a daily newsletter on the business, politics, and culture of media.

Byers is a former senior CNN reporter who covered the tech and media business centered around the Pacific coast for CNN Digital and previously focused on media and politics.

He started his journalism career as a media and tech reporter for Adweek. Byers later moved to Politico. In November 2011, he launched the On Media blog, which became known as a “scoop heavy blog” for media and political news.

He created and grew the blog, and critics praised it as “workaholic media-politics coverage,” specific to Byers’ niche of the intersection between politics and media.

While working at Politico, Byers wrote ““President Obama, off the record,” an article providing readers a glimpse into an ‘off the record’ side of US President Barack Obama. For that story, Byers was a finalist in the 2014 Mirror Awards competition for Best Single Article in Digital Media.

Byers has also worked as a research assistant to New Yorker writers such as George Packer, Philip Gourevitch, and Jane Kramer. 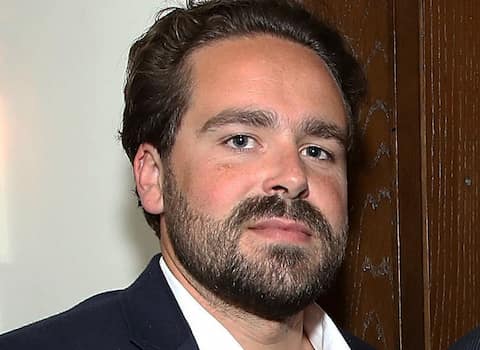 In September 2018, Byers joined NBC News and MSNBC where he covers media, Silicon Valley, and Hollywood.

In March 2018, Byers launched ‘PACIFIC’, a CNNMoney newsletter that covers the business, culture, and politics of innovation, and the people and companies changing the world.

In his editor’s note, Dylan said “PACIFIC is the newsletter for the Innovation Economy. It puts the power players in tech and media at the center of the action, and covers their moves and their interests, because those moves and interests signal where society is headed, it treats Seattle, San Francisco, and Los Angeles not as cities on the periphery, but as capitals of the 21st Century. It works on Pacific Standard Time.”

Byers’ height is not yet disclosed.

Dylan’s parents are Margaret Carol Lewis(mother), a retired director of Philanthropy Northwest, a network of philanthropists in the Seattle area, and Judson Thomas Byers (father), a founding partner at the Cedar River Group, a public policy consulting firm in Seattle. They both served as deputy mayor of Seattle, his mother from 1981 to 1989 and his father from 1998 to 2002.

In October 2014, Dylan married Cara Colleen who is a freelance graphic designer in Los Angeles. She received her master’s degree in landscape architecture from Harvard. Her parents are Patrick D. Walsh, a partner in Commercial Property Group, a commercial real estate firm in Los Angeles, and Clare L. Walsh a retired administrator at the U.C.L.A. Medical Center.

Byers has an estimated net worth ranging between $1 Million – $5 Million which he has earned through being a journalist and author.