Irin Carmon is an Israeli-American journalist and commentator currently working as a senior correspondent at New York magazine and a CNN contributor. Previously, Carmon worked at MSNBC as a national reporter covering women, politics, and culture for the website and on air.

Carmon is co-author of Notorious RBG: The Life and Times of Ruth Bader Ginsburg. She was named one of Forbes’ “30 under 30” in media in 2011 and was featured in New York Magazine as a face of young feminism. In November 2011, Carmon received the Sidney award from The Sidney Hillman Foundation recognizing her reporting on the Mississippi Personhood Initiative for Salon. Mediaite named her among four in its award for Best TV pundit of 2014.

From 2011 to 2013, she was a staff writer for Salon. Her Salon coverage of Eden Foods drew attention to the organic food company’s lawsuit against the contraception mandate of the Affordable Care Act. Her piece was used in an Appeals Court ruling as evidence against Eden Foods’ claim of a religious freedom motive. In October 2012, she and Jezebel founder Anna Holmes started the trending #sorryfeminists hashtag that mocked negative stereotypes of feminists.

In June 2013, she was hired full-time by MSNBC where she has written for MSNBC.com and contributed to the shows The Reid Report, Melissa Harris-Perry, and All In with Chris Hayes. In 2014, Mediaite named her in a four-way tie among the “Best TV Pundits” of 2014 for bringing “a comprehensive understanding to women’s health and justice issues that goes beyond the usual talking points.” The book was released in October 2015 and debuted at #7 on the New York Times Best Seller list. In February 2015, she conducted an exclusive interview for MSNBC with Ruth Bader Ginsburg for The Rachel Maddow Show. 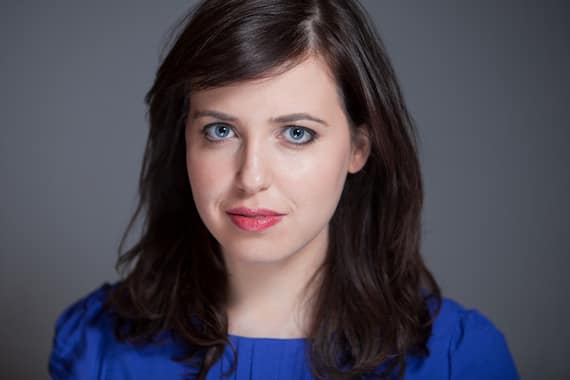 In 2017, she teamed up with the Washington Post and reporter Amy Brittain to break the news of sexual harassment and assault allegations against Charlie Rose, as well as CBS’s knowledge of his conduct. The work won a 2018 Mirror Award from the Newhouse School at Syracuse University.

In January 2015, the New York Magazine reported that Carmon would be co-authoring the biography Notorious RBG: The Life and Times of Ruth Bader Ginsburg with Shana Knizhnik, the creator of the Notorious RBG blog.

Carmon joined CNN on November 14, 2018, as a contributor. The news of her joining CNN was not formally announced by the network but was revealed in CNN anchor Brian Stelter’s Tuesday evening newsletter.

Carmon herself confirmed the news and tweeted out her thanks to Stelter shortly after TheWrap contacted CNN to request a statement. “Thanks for the shoutout, @brianstelter,” she said. “Thrilled to officially be a @cnn contributor.”

Carmon was born in Israel but grew up on Long Island. She likes to keep her personal life private hence has not yet disclosed the year and month she was born. It is therefore not known when she celebrates her birthday.

Carmon’s height is not yet disclosed.

Carmon has managed to keep her personal life away from the limelight hence she has not disclosed any information about her parents. It is also not known if Carmon has any siblings.

Carmon is married to Ari Richter since September 2017. Her husband is an artist and professor. Their wedding ceremony took place at the Waterfront Museum in New York City.

Carmon has an estimated net worth ranging between $1 Million – $5 Million which she has earned through being a political commentator, television personality, journalist.

In November 2011, she received the Sidney award from The Sidney Hillman Foundation recognizing her reporting on the Mississippi Personhood Initiative for Salon. In 2014, Mediaite named her among four in its award for Best TV pundit of 2014.