Gina Kirschenheiter is an American TV personality who is best known for starring on Season 15 of The Real Housewives of Orange County which premiered on Wednesday, October 14 at 9/8c. She joined the cast in Season 13.

After a difficult year, Gina is happier than ever as she moves into her new townhome with her boyfriend Travis and their combined six children. In the show Tensions with the ladies arise when she hears that some of the women are criticizing her new home.

Trying her best to co-parent, she celebrates her daughter’s birthday and invites her ex-husband and his new girlfriend. Meanwhile, Gina is faced to make a tough decision regarding her ex-husband that could change the dynamic of her family. With the coronavirus shutting down schools, she faces new challenges as she struggles to home-school the kids while facing criticism for not joining the ladies for a “quarantine happy hour.”

Kirschenheiter is 36 years old as of 2020. She was born on May 11, 1984, in Rockville Centre, New York, United States. She celebrates her birthday on the 11th of May every year.

Kirschenheiter stands at a height of 5 feet 8 inches tall and weighs 65 kg. 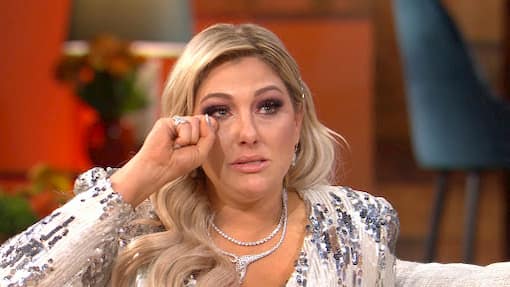 Kirschenheiter is the daughter of Gene Archer and Susan Archer. She has a brother named Chris Archer.

Matthew was arrested in June 2019 after the two had a heated argument at Gina’s home, where he allegedly choked her, hit her, dragged her, threw her, and threatened to kill her – all while their three young kids were sleeping in the home.

Kirschenheiter and her ex-husband had three children together, Sienna, Nicholas, and Luca.

Kirschenheiter has an estimated net worth of $1 million which she has earned through her successful career as a TV personality.

Kirschenheiter will be starring on Season 15 of The Real Housewives of Orange County an American reality television series. Season 15 will follow the group as they navigate new and old relationships, changing family dynamics, and, of course, some major friendship drama.