Jean Casarez is an American lawyer and news correspondent for CNN based in New York City and its sister network HLN. Previously, she worked for truTV (formerly Court TV) until that network eliminated daytime trial coverage.

As a correspondent for Court TV/truTV, she provided live daytime trial coverage, reporting on courtroom trials across the country. Casarez has covered such cases as the Kobe Bryant rape case, O.J. Simpson’s kidnapping trial, the Coral Eugene Watts trial, the murder of Jon Benet Ramsey, the criminal trial of Elizabeth Smart’s kidnapper Brian David Mitchell, and Scott Peterson sentencing hearings. She was also an anchor for Court TV’s hourly Newsbreak.

Casarez joined Court TV in January 2003 from KOLO-TV in Reno, Nevada, where she was a weekend anchor and legal reporter. Prior to that, she produced the news magazine show First Edition and served as the City Hall reporter and fill-in anchor at KENS-TV in San Antonio, Texas.

In addition to her legal background and journalism career, Casarez has recorded six albums of Tejano music in Spanish, under the name Jean LeGrand for the International divisions of CBS and Capitol EMI Records, thus touring throughout the U.S. and Mexico. She has also been nominated for several awards as a journalist and received a 2010 Peabody Award for CNN Network’s coverage of the Gulf Oil Spill.

She attended and graduated from the University of Southern California and Southwestern Law School in Los Angeles. While in law school, she won first place in a statewide Moot Court competition and assisted in preparing a Writ of Certiorari for the United States Supreme Court. She also clerked with the Nevada firm of Gallagher and Tratos while a law student.

Jean is a news correspondent for CNN based in New York City covering a wide variety of stories for the network including legal and crime, investigation, and breaking news. 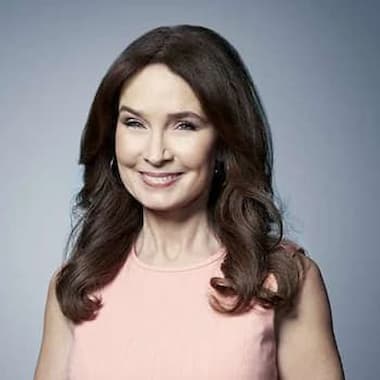 She has covered several breaking news for the network including the New York’s 2016 Chelsea bombing case. She broke the news to the country of 2017’s mass Las Vegas shooting with her overnight reporting from the Vegas strip.

In 2011, she flew to Lima Peru for the CNN networks to cover the arrest of Joran van der Sloot in the murder of a Peruvian college student. While there, Casarez and her crew were able to obtain access to Peru’s maximum-security prison Castro Castro, interviewing inmates and Peru’s Director of Prisons about the country’s correctional system.

Casarez got the first sit-down interview with the Zimmerman defense team of Don West and Mark O’Mara for the CNN networks. Additionally, Casarez sat down on the eve of Casey Anthony’s death penalty trial with her attorney Cheney Mason for an in-depth look at the challenge before him.

Casarez is 61 years old as of 2021. She was born Jean Ann LeGrand-Casarez on April 20, 1960, in Long Beach, California, United States. She celebrates her birthday on the 20th of April every year.

Casarez has managed to keep her personal life away from the limelight hence she has not disclosed any information about her parents. It is also not known if Casarez has any siblings.

Casarez is married to John Casarez. The couple resides in New York City but it is not known whether they have any children.

Casarez has an estimated net worth ranging between $1 Million – $5 Million which she has earned through being a lawyer and news correspondent.