Jen Stacy is an American Morning Anchor working at ABC7 WZVN, jumping out of bed at 1:15 a.m. each weekday to help Southwest Floridians start their day with a smile.

She moved from Northern Ohio to Cape Coral, Florida to trade in the cold and grey skies, for tropical breezes and constant sun.  She knows the Southwest Florida community well, having been an anchor here for 12 years. ABC7’s “More in the Morning” is unlike any other newscast, mixed with the news you need to start the day, focusing on positivity and humor. She feels extremely blessed to be part of such a fun team sharing the good news about this paradise we call home. You can catch them from 4:30-7 a.m., and again at 9 a.m Monday-Friday.

Before trading her snow boots for flip-flops, she worked as a News Anchor and Reporter in Boston, and in several cities in Ohio. During that time Stacywon multiple recognitions, including an Emmy and multiple Associated Press awards. She also helps champion many charities around the area, including serving on the board for Candlelighters of Southwest Florida for the last 11 years. The organization helps local children, their families, and who face cancer and blood disorders. When she’s not working, Jen spends time with her husband Scott and their two children. They’re out on their boat as often as possible exploring our area’s waterways, beaches, and islands. 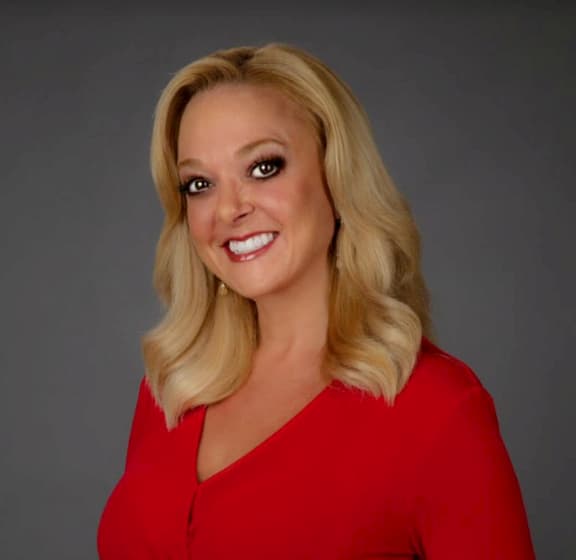 Stacy likes to keep her personal life private hence has not yet disclosed the year and month she was born. It is therefore not known when she celebrates her birthday.

Stacy married to Scott and the couple is blessed with a nine-year-old Kamryn and six-year-old Austin. The couple lives in the same neighborhood as nearly their entire extended family and who also made the move to live in paradise and many friends from Ohio.

Information about how much Stacy receives is currently under review and will be updated as soon as the information is available.

Stacy’s net worth is currently under review. However, the information will be updated soon.