Joel Schipper is an American award-winning journalist currently working as the TV News Anchor and reporter at WDRB.

On an acting scholarship, he attended Barry University in Miami, Florida, and then graduated from Grand Valley State University in Michigan with a degree in Broadcast Journalism. Joel was then hired as a morning reporter at KMIR, an NBC affiliate in Palm Springs, California. Joel covered many local and national stories while in Los Angeles, including the Southern California earthquakes, deadly wildfires, and the Michael Jackson trial. Joel joined WNDU-TV in South Bend, Indiana in 2006 as a reporter for “16 Morning News,” later becoming the solo anchor of the three-hour Saturday morning show and anchoring weekend evening newscasts.

Joel was honored by the Indiana Associated Press for his work at WNDU in February 2008. He has also been recognized for his contributions to the Humane Society and the Pediatric Brain Tumor Foundation. In August of 2012, he began working as an anchor and reporter for News 13 in Orlando, Florida. Joel has covered a wide range of stories, including the George Zimmerman trial, tropical storms, national sporting events, and the deadly nightclub shooting at Pulse.

Joel began working as an anchor and reporter for FOX’s WDRB in Louisville, KY in November 2016. He has covered major events such as the Academy Awards, Billboard Music Awards in Miami, red carpet premieres, and other entertainment events in Hollywood, Chicago, New York City, Orlando, and Toronto as a three-time Emmy Nominated Anchor/Reporter. He has interviewed over 500 celebrities, including former First Ladies Laura Bush and Hillary Clinton, as well as several Governors and Senators from across the country.

Joel has appeared on MSNBC, CNN, and BRAVO on Kathy Griffin’s Emmy-winning show “My Life on the D-List,” and he has also worked as a freelance correspondent for “US Weekly Magazine” and Canada’s number one entertainment news show, “Star! Daily.”

Joel was born and raised near Grand Rapids, MI. He likes to keep his personal life private hence has not yet disclosed the year and month he was born. It is therefore not known when he celebrates his birthday.

Schipper’s height is not yet disclosed.

Schipper has managed to keep his personal life away from the limelight hence he has not disclosed any information about his parents. It is also not known if Schipper has any siblings. 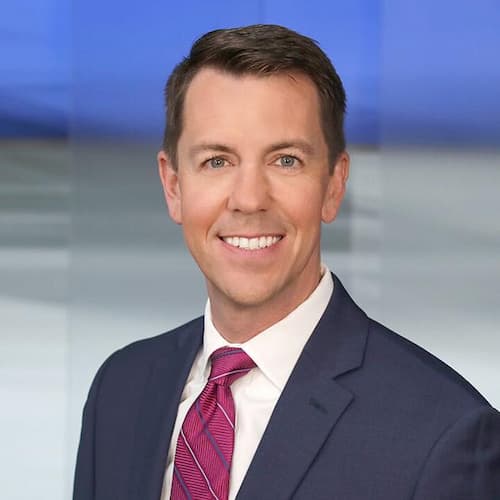 Schipper is very private about his personal life therefore it is not known if he is in any relationship. There are also no rumors of him being in any past relationship with anyone.

Schipper has an estimated net worth ranging between $1 Million – $5 Million which he has earned through being a journalist.