Karen Swensen is an American five-time Emmy award-winning journalist, serving as anchors Eyewitness News at 5 and 6 o’clock on WWL-TV in New Orleans.

Karen Swensen is an American five-time Emmy award-winning journalist, serving as anchors Eyewitness News at 5 and 6 o’clock on WWL-TV in New Orleans. She also holds several Gracie’s and Gabriel Awards, and Associated Press and Press Club Awards. In 2012, Karen was honored to be the first grand marshal of the Krewe of Nyx. After six years, it had grown into the largest parade in Mardi Gras history.

She earned an Honors degree in Political Science with a minor in Spanish from Penn State University Phi Beta Kappa. Karen also has a journalism master’s degree from the same university. Karen received an honorary doctorate from the University of Holy Cross in 2017. She also received a fellowship from Loyola University of New Orleans’ Institute of Politics.

Swensen hosts Eyewitness News on WWL-TV in New Orleans between the hours of 5 and 6 p.m. She is a five-time Emmy Award-winning journalist who has covered everything from the long-term effects of Hurricane Katrina to Pope Francis’ visit to the United States to local and state politics, including moderating governor, Senate, and mayoral debates in New Orleans. Karen has received six Edward R. Murrow regional awards for investigative journalism, writing, and feature reporting, as well as numerous Gracie and Gabriel Awards, Associated Press and Press Club Awards, and the Press Club Award for Best Broadcast Writing in New Orleans. She was also named “Best Anchor” by the readers of New York’s Gambit newspaper.

Karen was the only female anchor at WWL who was in New Orleans when Hurricane Katrina hit and covered the aftermath. WWL-TV received the George Foster Peabody Award, the Edward R. Murrow Award, and the DuPont-Columbia Award for its uninterrupted coverage of the hurricane. Karen also worked as a morning anchor for NECN in Boston for over five years. Karen created and produced many movies while she was there, including “Katrina: A Flood of Tears,” which aired at Harvard University and was followed by a panel discussion about the disaster.

Karen is the creator and founder of “Life’s About Change,” a seasonal t-shirt company featuring a character named Delta, whose mantra encourages people to embrace change. She has donated all profits, nearly $20,000, to cancer research and remains committed to finding a cure in memory of the love of her life, her late husband, John.

Karen Swensen works at WWL where she works alongside other famous WWL anchors, reporters, meteorologists, and sports anchors including; 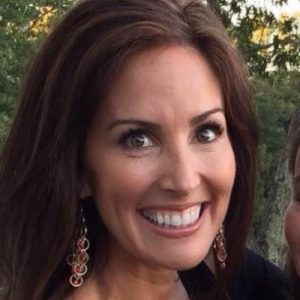 She likes to keep her personal life private hence has not yet disclosed the year and month she was born. It is therefore not known when she celebrates her birthday.

Swensen stands at a height of 5 feet 4 inches.

She has managed to keep her personal life away from the limelight hence she has not disclosed any information about her parents. It is also not known if she has any siblings.

Her late spouse, John Patrick Ronquillo, was her husband. On September 4, 2018, he died of cancer at the age of 64. He was born in New Orleans, where his family has origins dating back to the 1700s. In the company of their family and friends, the couple tied the knot and celebrated their wedding in St. Louis Cathedral. Karen and John went on to have a daughter named Catherine and a boy named Matthew.

Karen has an estimated net worth ranging between $1 Million – $5 Million which she has earned through being a journalist.

The table below answers some of the frequently asked questions about Swensen.