Prior to arriving at the state capital, she anchored and reported the news in our nation’s capital. For six years, Park covered many high-profile events at WJLA/NewsChannel 8, including both inaugurations for President Barack Obama, the blizzard of 2010, and the Navy Yard shooting, which earned her an Emmy nomination.

She began her career in Northeast Tennessee and Southwest Virginia at WCYB/Fox Tri-Cities.

One of Park’s first opportunities in a local newsroom was at the CBS affiliate in Phoenix, where she worked as a Meredith-Cronkite fellow. She has also interned at Hardball with Chris Matthews on MSNBC and the DIY Network.

Outside of work, she enjoys volunteering and is an active member of the Asian American Journalists Association. Park is excited to call Sacramento her new home and loves exploring the area especially anywhere near the water. 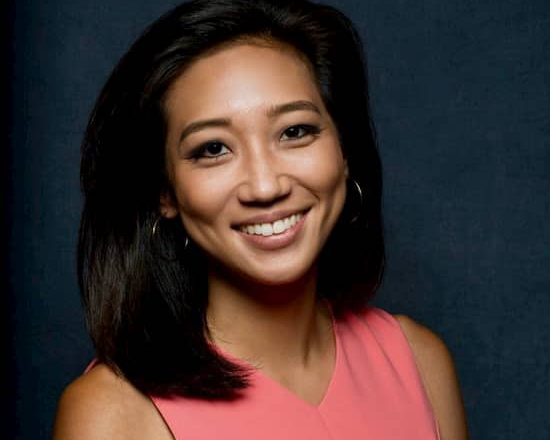 Park has worked for several local news stations throughout her career, including her most recent position at KCRA, where she began working in the summer of 2014.

On July 12, 2018, NBC announced Wednesday that Park will be joining its team.

Please join us in welcoming both @KCRAKathy and @JanessaWebb to the @NBCNews and @MSNBC family! Read more via @TVNewser: https://t.co/FrJTzAeUKY

Park likes to keep her personal life private hence has not yet disclosed the year and month she was born. It is therefore not known when she celebrates her birthday.

Park is of Korean-American origin. She grew up in the suburbs of Maryland, in a community called Silver Spring along with her brother, William, who is a doctor by profession.

Park is not yet married but is engaged to her fiancé Brent. She said, YES! in August 2019 and the couple is planning to do a wedding in 2021.

Park has a net worth ranging between $1 Million – $5 Million which she has earned through her career as a general assignment reporter and News Correspondent.