Louis Riddick is an American football broadcaster and former safety who played in the NFL from 1991 to 1998. Currently, Riddick is an announcer for ESPN’s coverage of Monday Night Football.

Riddick attended Perkasie (PA) Pennridge. He then went to Pittsburgh where he played college football. In 1991, Riddick was drafted by the San Francisco 49ers in the ninth round of the 1991 NFL Draft. Additionally, he played for the Sacramento Surge, Atlanta Falcons, Oakland Raiders, Cleveland Browns, and Orlando Rage in his playing career. He graduated from the University of Pittsburgh with a bachelor of arts in economics.

Riddick joined ESPN as an analyst. In August 2020, he became an announcer for ESPN’s coverage of Monday Night Football. He had originally joined ESPN in May 2013 as an NFL Front Office Insider.

Riddick played for the Raiders in 1998. He played in 15 games with 3 starts and recovered one fumble. “Being a part of the 1998 Oakland Raiders football team is one of the highlights of my career,” he said in 2019. “Putting on the Silver and Black, it meant something.” 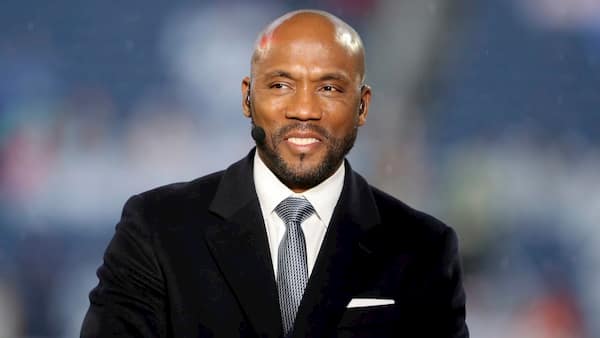 Riddick is 51 years old as of 2020. He was born as Louis Angelo Riddick on March 15, 1969, in Quakertown, Pennsylvania, United States. He celebrates his birthday on the 15th of March every year.

Riddick was born and raised in Quakertown, Pennsylvania by his parents. He is the brother of Robb Riddick who was a running back with the Buffalo Bills for eight seasons. Robb Riddick is currently an ESPN broadcaster. Riddick’s cousins, Will Lewis and Tim Lewis, also played in the NFL, and currently they hold management positions for professional football teams.

Riddick is a married man and the couple is blessed with two children. He once mentioned that he got married in 2013 although he did not disclose his wife’s name. Riddick is a father of two, a son and a daughter. As of 2017, his son was in elementary and his daughter in college.

Riddick earns an annual salary of around $80,000, working for ESPN.