Steve Levy is an American journalist and sportscaster for ESPN who is best known for his work broadcasting college football, Monday Night Football, and the National Hockey League.

Levy attended John F. Kennedy High School in Bellmore, New York. He then went to the State University of New York at Oswego where he graduated in 1987 with a degree in communications and broadcasting.

After graduating, he worked in New York City in radio and/or television for WFAN, MSG Network, WCBS-TV, WABC-AM, and WNBC-AM before working for ESPN.

Levy joined ESPN on August 1, 1993, and has been working for the network since then. At ESPN, Levy usually works on SportsCenter and has hosted the late-night edition on Monday night during the NFL season, following Monday Night Football.

Before the network lost the rights to televise the league’s games, Levy covered NHL regular season and playoff games. He as well previously covered the network’s college football coverage for four seasons, 1999–2002, returning to this role in 2016. Additionally, he served as a fill-in play-by-play commentator for Wednesday Night Baseball. 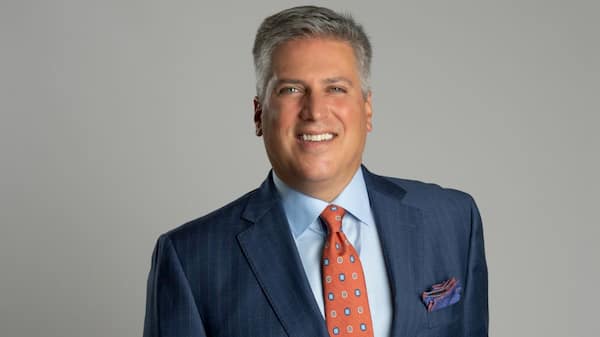 Levy is best known for infamously using the phrase “bulging dick” instead of “bulging disc” on an episode of SportsCenter.

Levy is a well known NHL broadcaster. After having called three of the longest televised games in NHL history, Levy has earned the nickname “Mr. Extra Period.” The only two games to go longer took place before the era of television.

As an actor, Levy has appeared as himself in Home Improvement and a pair of 2005 films, covering the Boston Red Sox in spring training in Fever Pitch, and the Special Olympics in The Ringer. Levy also appeared in Parental Guidance, released in 2012, and The Game Plan, released in 2007. He also performed a cameo role in the interactive video for the Bob Dylan classic “Like A Rolling Stone”.

Levy is married to Ani Levy since 2009. His wife serves as Caritas Christi ‘s Deputy General Counsel. She completed her law degree in 2001. Levy and his wife are blessed with three children, twin sons, Carson and Stone, and a daughter, Harper.

Levy has an estimated net worth of $6 million which he has earned through his career as a journalist and sportscaster.

Levy earns an annual salary of over $700,000 working as a sportscaster for ESPN.