Pedram Javaheri is an award-winning Iranian-American meteorologist currently working as the weather anchor for CNN International based at CNN World Headquarters in Atlanta, Georgia.

He also features frequently on CNN’s ‘Early Start’ program and HLN’s ‘Morning Express with Robin Meade’ and occasionally hosts CNNI’s news programs. He is a member of the American Meteorological Society and the National Weather Association. Javaheri has had the ability to report some of the largest natural disasters reported in history. In 2013, it was severely hit by the strongest storm ever to land, Super Typhoon Haiyan, when it swept ashore through the Philippines. He was also among the first to report and report one of the biggest earthquakes and devastating tsunamis are ever seen: a 9.1 quake off the coast of Japan that caused a deadly tsunami in 2011.

Prior to joining CNN International in June 2010, Javaheri was a meteorologist and environmental reporter in central California. While there, he was nominated as a weather anchor for the area Emmy for outstanding achievement. Previously, Javaheri worked as Chief Meteorologist, coordinating all-weather activities at a nearby Utah station.

Pedram stands at a height of 5 feet 10 inches.

Javaheri was born to Iranian parents. His family emigrated from Tehran to Redmond, Washington in October 1993. His grandfathers on both sides of his family were meteorologists. 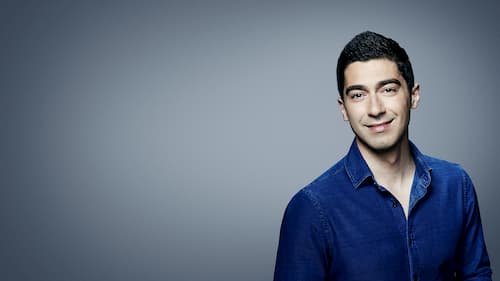 Javaheri is a married man. He is married to Kimberly Javaheri. The couple has two children and together lives in Atlanta. He is very private about his personal life therefore not more about his information is not known.

Javaheri has an estimated net worth ranging between $1 Million – $5 Million which he has earned through being a journalist.