Paul attended local high school in Bellevue and then attended the University of Toledo, where she earned a bachelor’s degree in broadcast journalism.

Paul began her career in broadcast journalism in Clarksburg, West Virginia, working as a news anchor, editor, photographer, and reporter at WDTV. She worked there for some years and she later moved on to join KNWX still as an anchor and more specifically as a consumer reporter and weathercaster.

She then joined KTVK, an affiliate to CNN as an anchor and reporter. While at KTVB where she was honored by the Idaho Press Club for her stories about Julianne Prudhomme, a four-year-old girl who underwent a five-organ transplant. She then joined HLN in 2003 while CNN secured her for their weekend show.

She is the author of a book entitled “Love Isn’t Supposed to Hurt” which was published in 2012. Paul is a former Miss Mansfield (Ohio); Miss Greater Cleveland, 1991–92; and third runner up to Miss Ohio, 1993.

Paul performed the national anthem before the Atlanta Braves vs. Florida Marlins game on Wednesday, June 6, 2007 and the National Hockey League game on February 24, 2009 between the Colorado Avalanche and the Atlanta Thrashers (both games taking place in Atlanta). 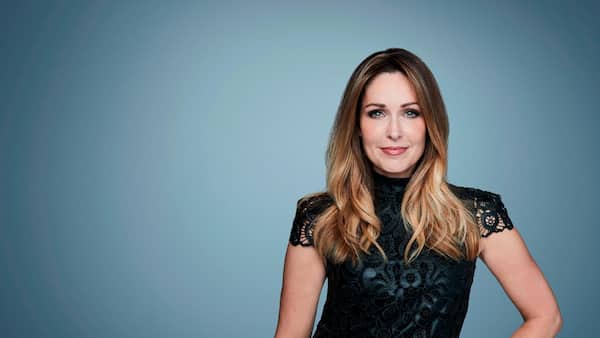 She also lends her voice to the narration of Skyview Atlanta about the area surrounding the Ferris wheel built around Centennial Olympic Park that opened in 2014.

Christi joined CNN in 2003 as an anchor for CNN’s New Day Weekends which sets her right in the day’s most compelling news stories and trials. While there, she covered former President Barrack Obama’s second inauguration in Washington for the cable network.

Paul was also on the news desk and showed viewers the events of the first hours of Newtown CT school shootings and the Virginia Tech shooting, covered extensively, the havoc of Hurricane Sandy as well as several other top stories that made the news at various times.

Christi is 52 years old as of 2021. She was born on January 1, 1969, in Bellevue, Ohio, United States. She celebrates her birthday on the 1st of January every year.

Paul has managed to keep her personal life away from the limelight hence she has not disclosed any information about her parents. It is also not known if Paul has any siblings.

Paul is married to Peter Paul and the couple is blessed with three daughters. Previously, she was married to reporter and news anchor Rob Koebel, whom she met in West Virginia and moved to Boise and Phoenix with him. In 2012, Christi released a Memoir, “Love Isn’t Supposed to Hurt,” which elaborates how she was abused and hurt by her ex-husband but did not mention his name.

Paul has an estimated net worth ranging between $1 Million – $5 Million which she has earned through being a news anchor, editor, photographer, and reporter.