Robin Baumgarten is an American Emmy Award-winning news anchor who is currently co-anchors the WGN Morning News from 6-10am.

Baumgarten attended the University of Illinois at Urbana-Champaign where she received a bachelor’s degree in broadcast journalism and is a proud Illini alumna.

In 2013, when the show expanded, Baumgarten extended her duties again to cover the 6-10 am hours. Apart from anchoring, she enjoys reporting on stories unique to Chicago and the South Side.

Before joining WGN-TV, she worked at Shadow Broadcast Services in Chicago where she worked as a traffic news reporter, and sports reporter for WLUP Radio’s Jonathon Brandmeier Show. 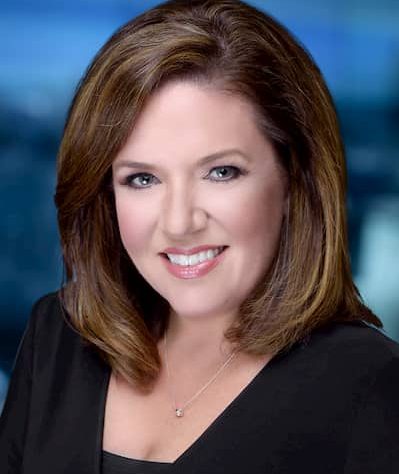 Baumgarten stands at a height of 5 feet and 5 inches tall.

Baumgarten is a lifelong Chicagoan, born and raised in South suburban Burbank. She has however not revealed any details about her parents or her two siblings.

Baumgarten was married to Matt Piacente but they divorced. Her ex-husband is a news director of Fox-owned WFLD-Channel 32. Their union was blessed with two daughters, Anna and Mary.

Baumgarten earns an average salary of $79,307 per year as an anchor at WGN.

I am so excited for @nancyloo who will be moving to California for a new job(read below)! I am also so sad to see her go. She is one of the best people to ever walk the halls at @wgntv and will be dearly missed❤️ #Repost @nancyloo with @make_repost ・・・ LIFE/CAREER ANNOUNCEMENT: Reporting for @wgnnews the past decade has been incredible. I knew it would take just the right opportunity to get me to leave. Well, the stars have aligned and a new role will return me to my California roots. While it’s bittersweet to leave Chicago, I’m not leaving WGN. I’m joining @wgnamerica as the West Coast Reporter for News Nation (debuting in September). A huge bonus will be working for Jen Lyons (News Nation VP) and Sandy Pudar (News Director), two of the best in the biz who have already transitioned from WGN Chicago to WGN America. My great grandfather was among the first waves of Chinese to arrive in California to help build the Transcontinental Railroad. As many of you know, I grew up in Northern California and graduated from the University of Oregon. I know the West Coast. My parents and adult children are there. It’s time to return. Reporting to — and for — the Heartland will come naturally. I’ve lived in Chicagoland for 19 years, the longest stretch of my life, which has also included living and working in Oregon, Hong Kong, Tokyo and New York City. I am thrilled to continue my career with LA as my home base. And I hope the straightforward mission of News Nation will soon become a part of your nightly viewing routine. The pandemic may prevent many farewells in person. But I’m comforted to know that social media and genuine friendship will keep me connected with most of you. If you’re reading this, you’ve touched my life in some way – either as a friend, colleague, former co-worker, viewer, interviewee, source, classmate, neighbor… or whatever. I’m grateful for all of you. May 20th is my last day on-air in Chicago. My husband (who works from home) and I look forward to literally heading off into the sunset this summer. It will be tough since it’s our favorite time of year in Chicago. But one thing’s for sure: Don’t be stupid! I won’t miss Chicago winters for a seco